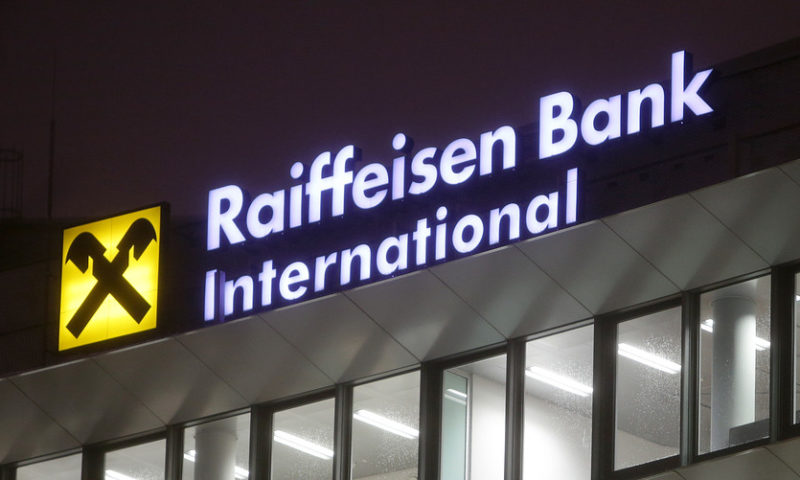 Europe’s markets mostly held around the flat line Tuesday, but banks were under pressure amid reports on a fresh money laundering scandal, while investors kept an eye on China’s economy and Wall Street on the heels of a tough session for U.S. equities.

China lowered its growth target to between a range of 6% to 6.5% on Monday, placing it below last year’s 6.6% growth target. The lower bound of the target would mark a three decade low for China’s economic growth, but it would still be among the world’s strongest economies.

Alongside this announcement Premier Li Keqiang said that China was aim to achieve nearly 2 trillion yuan ($298 billion) of cuts in taxes and other economic measures.

Meanwhile, in Europe, February’s PMI data showed Italy’s service sector unexpectedly returned to growth last month, but a GDP release confirmed the country went into technical recession at the end of last year. Both will be in the mix ahead of Thursday’s European Central Bank meeting. In the U.K., services PMI came in above forecast, showing a modest increase in activity.

The British pound fell following reports that the U.K. government does not expect any breakthrough to be achieved at a meeting between British Attorney General Geoffrey Fox and European Union chief negotiator Michel Barnier. A weaker currency can boost the FTSE 100, as it benefits up exporters who earn revenue in other currencies.

The bank warned that investors should still prepare for severe disruption in financial markets if the U.K. tumbles out of the EU March 29 with no deal.

Banks were under heavy pressure, notably Austrian bank Raiffeisen Bank International AG RBI, -0.74% down 15%. Bloomberg reported that Bill Browder’s Hermitage Fund said the bank did not heed warning signals that would have prevented laundering by criminals in Russia.

Meanwhile, Dutch banks fell on a separate report in magazine De Groene Amsterdammer that said billions had been illegally funneled through European banks, with ABN Amro AG ABN, -0.62% off 2% and ING AG ING, -4.31% INGA, -3.91% down 2.8%.

Vodafone Group PLC VOD, +0.78% added 3% after the group announced plans to sell $4.5 billion of convertible bonds to help fund its acquisition of some of Liberty Global PLC’s European business. The telecommunications giant is also considering buybacks to reduce share dilution.

Elsewhere, French telecoms were under pressure with Altice Europe NV ATC, +0.53% slumping 7% and Iliad SA ILD, +0.37% down 2.7% after Barclays downgraded the sector and cut its estimates and target prices over a more cautious outlook.

Intertek Group PLC ITRK, -1.33% lost 3%, with UBS analysts raising concerns about a slowdown, despite the company reporting a pretax profit rise of 2.8%.

Meanwhile, Ashtead Group PLC AHT, +0.44% which makes 90% of its profit from its U.S. operation Sunbelt, dropped by nearly 2% despite well received results.