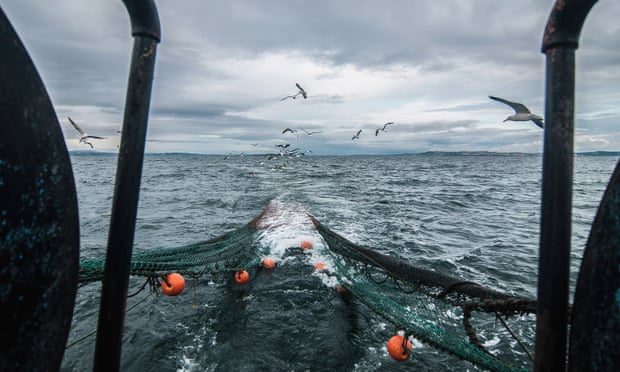 The four UN rapporteurs – on modern slavery, trafficking in persons, racial discrimination and human rights – joined together to issue an exceptional rebuke to the Irish government, saying they had received information that the permits were making migrants from outside the EU vulnerable to modern slavery and serious abuse on Irish fishing vessels.

The scheme was introduced in 2016 following a Guardian investigation that uncovered widespread exploitation and alleged trafficking of workers from Asia and Africa on to Irish trawlers. In an effort to give undocumented workers better protection, the government set up an emergency taskforce, which introduced permits under an “atypical workers’ scheme” (AWS) to work in its fleet.

But visas under the scheme required employers to apply for them and tied migrants to individual bosses, leaving them vulnerable to unscrupulous operators.

The rapporteurs said they had been given evidence that laws on minimum wage, maximum hours and safety were being widely flouted, while a quarter of Asian and African migrant workers in fishing boats had experienced verbal or physical abuse, and one in five had experienced racial discrimination.

“We wish to express our concern that the atypical workers’ scheme does not provide for effectively preventing trafficking in persons for the purpose of forced labour and labour exploitation in the fishing industry,” the rapporteurs said.

It is highly unusual for four UN rapporteurs to raise the alarm together on human rights abuses in a European country. The letter is embarrassing for the Irish government, which has been fighting a court case brought by the International Transport Workers’ Federation (ITF) to stop the scheme for promoting modern slavery.

The union failed to win an emergency injunction against it in December ahead of a fuller court hearing this year. It has reported migrant workers typically earning as little as €2.82 (£2.46) an hour, and two-thirds of migrant workers being forced to work more than 100 hours a week. The Guardian understands the government is seeking talks over the case.

The ITF coordinator for the UK and Ireland, Ken Fleming, said the damning UN letter came on top of the US state department downgrading Ireland for its record in trafficking in persons in the fishing fleet and a critical report from the Council of Europe on the same issue.

“The rapporteurs’ warning is another vindication of what the ITF’s been saying since this doomed scheme was brought in. We said it would lead to modern-day slavery; it has. When will the Irish government do the right thing, end this scheme, and work with us on a fair system that works?”

A spokesman for Ireland’s Department of Justice and Equality said: “The minister takes any allegation of exploitation very seriously, particularly from UN special rapporteurs. A number of departments and agencies have responsibility in this area and will be responding to all matters raised.”