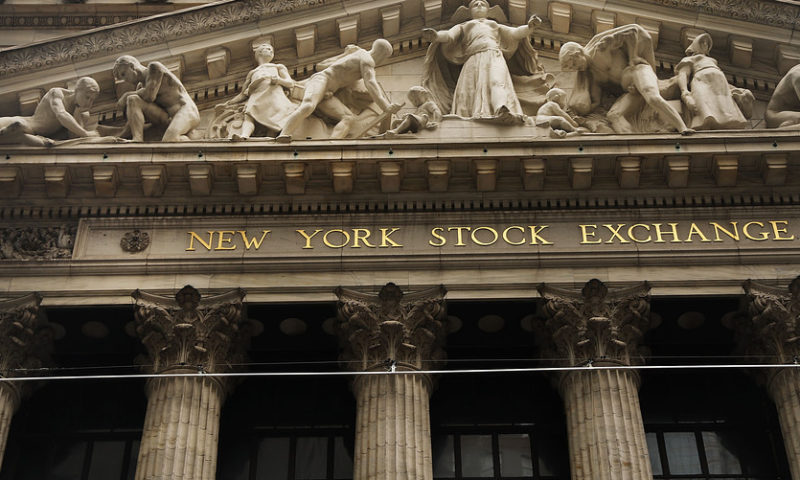 Stocks rallied to close higher Friday, with the Dow and the Nasdaq gaining for an eighth straight week, on progress in U.S.-China trade negotiations. Expectations for talks to continue next week in Washington has added fresh hope that a resolution was near, even if the two countries appeared far apart on key points.

Stock markets will be closed Monday in observance of the Presidents Day holiday.

The blue-chip index surged 3.1% for the week, marking its best weekly winning streak since November 2017. The S&P 500 climbed 2.5%, its third straight week of finishing higher and the Nasdaq added 2.4%, its longest weekly stretch since August 2016.

U.S.-China trade talks wrapped up Friday in Beijing, with reports that negotiators remained deadlocked over key issues, but were set to resume discussions next week in Washington — viewed as a sign that both sides were eager to reach a deal ahead of the March 1 deadline.

In a statement issued Friday morning, the White House described the talks as “detailed and intensive,” which led to “progress between the two parties.”

China is reportedly hoping that purchases of U.S. semiconductor and other goods will ease tensions and persuade Trump to extend a tariff truce which ends on March 1. A big chunk of gains for stocks this week have been credited to optimism over the trade negotiations.

President Xi Jinping said the talks achieved “important progress,” according to China’s official Xinhua News Agency, suggesting the Chinese government is keen for a quick resolution to the trade standoff.

Meanwhile, U.S. political tensions were swinging back into focus for investors. Trump declared a national emergency to secure additional funding for the wall on the southern border, potentially setting him up for a showdown with Congress.

The cost of imported goods fell in January for the third straight month, down 0.5% from December, led by lower oil prices.

The preliminary University of Michigan consumer sentiment index for February rebounded, with the index rising to 95.5 from 91.2 in January, which was the worst since November 2016. Economists polled by MarketWatch expected a 94 reading.

U.S. business inventories fell 0.1% in November, according to a report delayed by the partial government shutdown. Sales dropped 0.3% in the month. The ratio of inventories to sales was flat at 1.35, the Commerce Department said.

“Trade has been the biggest weight on markets of late, and so it’s good to see both sides talking up progress,” Chris Gaffney, president of world markets at TIAA Bank told MarketWatch.

He also pointed at statements made Thursday by Fed Gov. Lael Brainard, when she argued that the Fed should end its program of balance-sheet reduction ‘later this year,’ as another reason for optimism in stock markets Friday. “Changing investor views on what the ultimate balance sheet will look like is especially positive for equity markets,” he said.

”While the controversy over the Emergency Order plays out in the press and in the courtrooms, trade talks with China will continue to dominate the narrative and markets will move higher on increased optimism for an ultimate deal,” said Chris Zaccarelli, chief investment officer at Independent Advisor Alliance, in emailed comments.

Shares of Newell Brands Inc. NWL, -20.89% skidded 21% after the consumer-products company beat fourth-quarter earning and revenue expectations, but offered a downbeat outlook for 2019.

PepsiCo Inc. PEP, +2.95% gained 3% after the firm issued fourth-quarter earnings and revenue that were in line with expectations.

Deere & Co. DE, -2.11% shares dropped 2.1% after the agricultural-equipment manufacturer fell short of earnings estimates for its fiscal first-quarter, though it beat sales expectations.

Nvidia Corp. NVDA, +1.82% rose 1.8% after the chipmaker issued fourth-quarter performance and 2019 outlook that was better than projected.

What NOT to buy during Presidents’ Day weekend sales