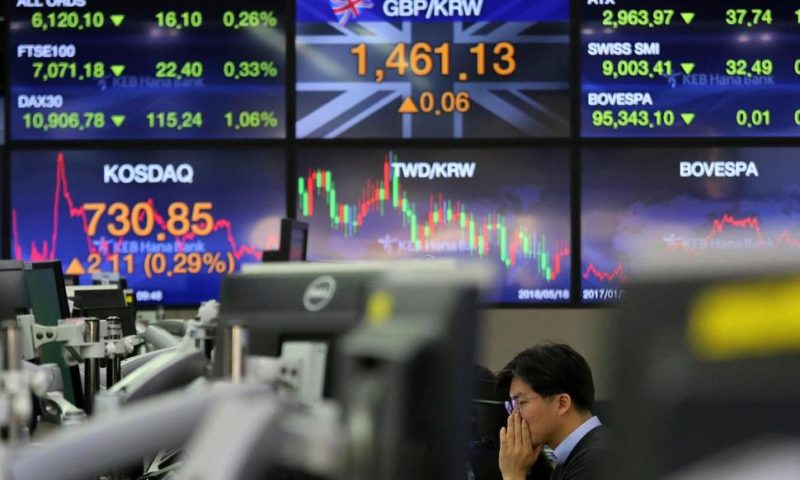 SINGAPORE — World markets generally climbed Monday as traders kept a lookout for developments ahead of a new round of trade talks between American and Chinese officials in Beijing this week.

U.S-CHINA TALKS: Officials from the U.S. and China are to meet in Beijing for talks on Thursday and Friday. U.S. Treasury Secretary Stephen Mnuchin and trade representative Robert Lighthizer will lead the American delegation at the talks, which are aimed at bringing the two sides closer to resolving deep-seated issues such as disagreements over Beijing’s technology policy. Lower-level negotiations were set to begin Monday, but a resolution isn’t expected before a truce on tariffs expires in early March. An agreement before then, or a simple extension of the truce, will be viewed as positive for markets. If not, the U.S. is expected to more than double import taxes on $200 billion in Chinese goods.

ANALYST’S TAKE: “After the worst December and best January in years, it appears that we are back at inflection point across various asset classes, waiting for direction yet again,” Jingyi Pan of IG said in a market commentary.

THE DAY IN ASIA: Markets in China and Taiwan, reopening after a weeklong Lunar New Year break, posted broad gains. The Shanghai Composite index jumped 1.4 percent to 2,653.90. The Kospi in South Korea advanced 0.2 percent to 2,180.73 and Hong Kong’s Hang Seng rose 0.7 percent to 28,143.84. Australia’s S&P ASX 200 was 0.2 percent lower at 6,060.80. Stocks rose in Taiwan but fell in Thailand, Singapore and Indonesia. Japanese markets were closed for a holiday.

Average US Price of Gas Jumps a Penny Per Gallon, to $2.34

‘Losing is not an option’: Unifor’s fight against GM is a battle for its future