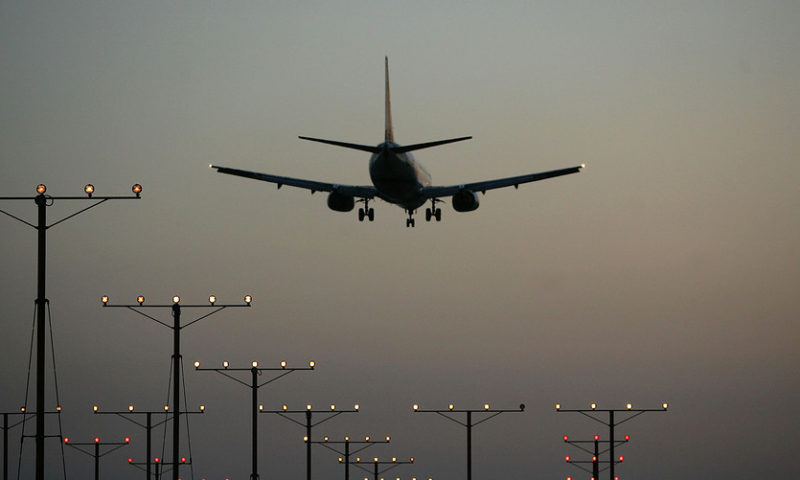 Globe-trotters don’t have to live in the big metros

Whether you’re traveling to cure your serious case of #wanderlust or you’re heading home to see your family for the holidays, the last thing you want is to spend the entire day in the airport during a long layover (or drain your budget on overpriced tickets). While nonstop flights are readily available to residents who live near large airports like O’Hare, JFK, Dallas-Fort Worth and LAX, there are more flight options for small to midsize cities that can connect you to almost every corner of the country (or even the world) within a few hours.

The best part? The cost of living in these cities is often much, much lower than larger cities, which means you’ll have plenty of money left to bulk up your travel fund.

Want to be able to get away — and fast? Here are eight small to midsize cities that are great for jet-setting.

Minneapolis may only have a population of 422,000, but its flight schedule from Minneapolis-Saint Paul International is certainly on par with the offerings of the major Midwestern international hub, O’Hare in Chicago. Not only can MSP get you directly to major U.S. cities like New Orleans, Boston, New York, Seattle and more, but the airport also has some pretty impressive direct international flights.

You can wake up in Minneapolis and be cycling in Amsterdam, having tea in London, wine tasting in Paris, searching for the Northern Lights in Reykjavik or having a tropical cocktail in Puerto Vallarta in a matter of hours.

New international flights are also being added all the time, and soon Minneapolis residents will be able to hop on direct flights to Seoul and Dublin.

With all of the culture, art, Carnegie museums and food in Pittsburgh, it may be difficult to imagine leaving the city, but when you come down with a serious case of the travel bug, the Pittsburgh International Airport is available with plenty of convenient options for getting out of town. With direct flights to every top U.S. destination including San Francisco, Las Vegas, San Diego, Denver, Dallas and Washington, D.C., it’s unlikely you’ll have to spend hours perusing airport gift shops while waiting for your second flight of the day.

Salt Lake City is a metro area that loves to defy expectations. This city of only 200,000 has grown quite the tech scene (aptly nicknamed “Silicon Slopes”) and is continuing to attract and keep young talent inside city limits. Because SLC is home to tech giants like Overstock.com OSTK, +4.46%  , PluralSight PS, +0.51%   and Jane.com (in nearby Lehi), there has been a greater need for direct domestic and international flights.

And if you’re ever in need of an international getaway or you’re headed to another country on business, Salt Lake City International has a high number of direct flights for such a small city, including Amsterdam, Calgary, London, Paris, Vancouver, Guadalajara and Toronto.

Cleveland’s population may only be 385,000, but it’s always been a city that’s felt bigger than it actually is. With professional teams in basketball, football and baseball as well as world-caliber museums like the Rock & Roll Hall of Fame and the world-renowned Cleveland Museum of Art, Cleveland is a small city with big-time offerings. Another place where the city has a lot to offer is the Cleveland Hopkins International Airport, which provides nonstop service to 53 cities, including several international spots.

If you’re looking to escape those cold Ohio winters, you can easily jump on a quick flight to Cancún, Punta Cana, Montego Bay or San Juan. Cleveland Hopkins is also offering direct flights to Reykjavik, Iceland, if you’re craving adventure in the newest must-visit spot in Europe.

Domestic destinations can also quickly be reached through the Cleveland airport, including Boston, Portland, Salt Lake City, Denver, San Antonio and Nashville, among others.

Just need to travel within the country? Baltimore/Washington flies to nearly every state in the country with services to everywhere from Memphis to Albuquerque to San Jose as well as all the major hubs like New York, Chicago and Atlanta.

The Queen City of the Midwest has everything you need for entertainment — a beautiful waterfront, a public library system with millions of titles and a whole lot of breweries — but when the world is calling, you won’t have to wait too long to get to your destination from Cincinnati. With direct flights to beloved international destinations like Paris, Toronto, Montego Bay, Cancún, Punta Cana and the Bahamas, you’ll be collecting your luggage and enjoying your vacation before you know it.

The “Gateway to the West” was historically known for its importance as a major traveling stop for steamboats and river shipping, and today St. Louis’s tradition as a transportation hub continues with air travel. Booking it out of town from St. Louis Lambert International Airport is quick with over 70 nonstop flights to cities all over the country, including Dallas, Cincinnati, Charleston, Des Moines, Houston, Los Angeles, Miami, New York, Oklahoma City and Philadelphia.

Beyond domestic travel, Lambert International also offers direct flights to top tropical vacation destinations like Puerto Vallarta, Cancún, Montego Bay and Punta Cana — so you can get off the plane and into your bikini sooner.

Buffalo is one of the smallest cities on our jet-setting list — with a population of only 256,902 — but because of its location near the beautiful international tourist destination Niagara Falls, it has quite the impressive availability of direct flights to many destinations within the U.S. and even a few international flights.

You can easily get to many major cities in the country through the Buffalo/Niagara International Airport, including Las Vegas, Phoenix, Jacksonville, Minneapolis, Raleigh-Durham and Atlanta. And if you’re tired of the blusteringly cold Buffalo winters, you can quickly hop on a flight to sunny Punta Cana, Cancún or Montego Bay to thaw out — minus that annoying layover in Chicago.

May asks lawmakers for more time to retool Brexit deal