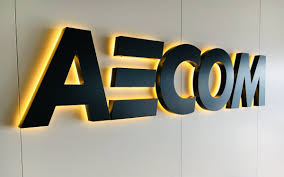 AECOM (ACM) traded on unusually high volume on Feb. 05, as the stock lost 2.77% to close at $30.17. On the day, AECOM saw 1.89 million shares trade hands on 15,719 trades. Considering that the stock averages only a daily volume of 887,066 shares a day over the last month, this represents a pretty significant bump in volume over the norm.

Los Angeles-based Aecom is one of the world’s largest providers of engineering and construction services, with an emphasis on infrastructure and government services. Its integrated services model designs, builds, finances, and operates a broad range of technical project and program services. Aecom’s customers include military and security entities, transportation facilities, environmental agencies, and energy companies. The company generated fiscal 2018 sales and EBIT of $20.1 billion and $757 million, respectively, and employs 87,000.

Headquartered in Los Angeles, CA, AECOM has 87,000 employees and is currently under the leadership of CEO Michael S. Burke.