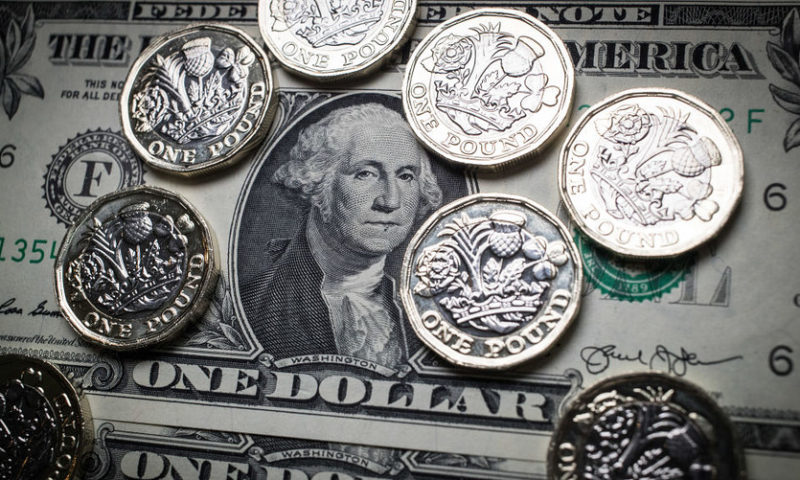 The U.S. dollar remained under pressure during Wednesday’s session, even as the appetite for risky assets that had defined morning trading across assets turned sour.

On Tuesday, financial markets were shaken by economic data from China showing a slowing of economic activity in 2018 to a 28-year low, as well as reports that U.S. officials had canceled or turned down a preparatory trade meeting with Chinese counterparts. White House economic adviser Larry Kudlow later denied this cancellation.

President Donald Trump reportedly won’t sign off on a deal with Beijing unless substantive changes are agreed to, including intellectual property, according to Reuters.

Equities mostly rebounded Wednesday, with U.S. stocks including the S&P 500 SPX, +0.22% taking back much of the previous day’s decline after a strong round of earnings. But equities gave up gains by midday, trading flat to slightly lower.

Currencies like the Australian dollar AUDUSD, -0.6161% which tend to perform better when appetite for assets perceived as risky is on the rise, maintained some of the recovery from its Wednesday slide, but retraced its earlier peak.

The Japanese yen USDJPY, +0.10% weakened against the U.S. dollar on Wednesday, after gaining the previous day on haven-related buying. Ahead of the Asian market open, the Bank of Japan announced it kept its monetary policy steady, maintained its yield curve control and asset purchases.

“Just like their other central bank peers, the BOJ saw more downside in the economy,” wrote Edward Moya, market analyst at Oanda. “While the central bank did raise their GDP forecasts, they slashed their inflation outlooks all the way through 2020/2021, showing no signs of optimism of getting near their target of 2%. The BOJ is running out of options to defeat inflation and may rely on hoping oil prices remain stable.”

The British pound GBPUSD, -0.0153% again vied for the crown of best major currency performer of the session, breaking above the $1.30 threshold for the first time since November on Wednesday. Sterling last fetched $1.3064, up from $1.2955.

While the Brexit gridlock continues ahead of next week’s vote on Prime Minister Theresa May’s alternative deal, market expectations of an extension of article 50 — the treaty article that allows the U.K. to leave the European Union within two years of triggering it — and a receding risk of a no-deal Brexit continue to rise.

Former Chancellor of the Exchequer George Osborne — a remainer — told the BBC that he believed a Brexit delay was most likely, while current U.K. trade secretary Liam Fox — a leaver — said that delaying Brexit would be worse than getting no deal.

This rally is a symptom of a bear market, not a bull market