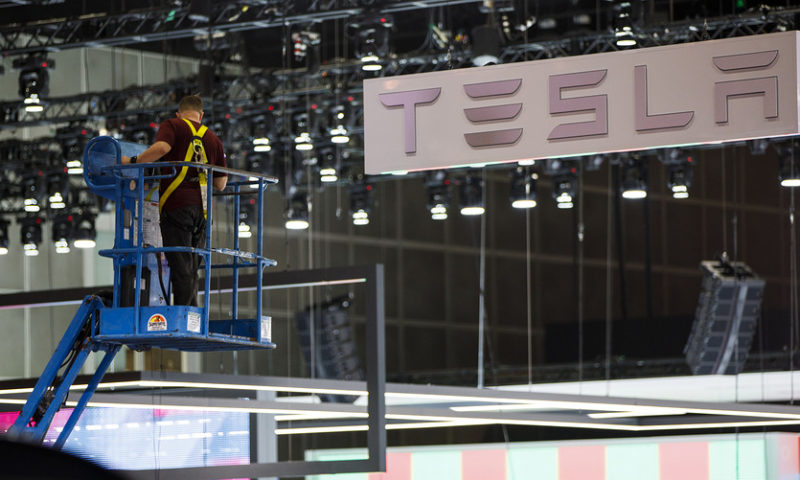 Tesla will report fourth-quarter earnings on Jan. 30 and its third-quarter report is a hard act to follow

Tesla Inc. is approaching its fourth-quarter earnings release day hoping that showing a profit, however small, will dispel demand worries about the Silicon Valley car maker for once and for all.

Tesla TSLA, -1.11% is scheduled to report quarterly earnings on Jan. 30, a bit earlier in the season than usual. It will, however, follow its practice of posting its letter to shareholders after market close and then host a call with analysts at 5:30 p.m. Eastern, which MarketWatch will live-blog.

A GAAP profit would be the second in a row for the company. Tesla in October surprised markets with a “truly historic” third quarter, quashing expectations of yet another loss.

This time around, Wall Street is looking at a GAAP as well as an adjusted profit for Tesla. Chief Executive Elon Musk said last week to expect a smaller profit than the third quarter one, sending the stock lower.

Here’s what to expect:

Earnings: Analysts polled by FactSet expect Tesla to report adjusted fourth-quarter earnings of $2.18 a share, versus a loss of $3.04 a share in the fourth quarter of 2017.

Estimize, a crowdsourcing platform that gathers estimates from Wall Street analysts as well as buy-side analysts, fund managers, company executives, academics and others, expects Tesla to report an adjusted profit of $2.19 a share.

Revenue: The analysts surveyed by FactSet expect Tesla to report revenue of $7.13 billion for the quarter, which would compare with revenue of $3.29 billion a year ago. The Estimize call matches FactSet’s for now.

What else to look for: ”Sustainable demand is the real question,” analysts at Goldman Sachs said in a note Tuesday.

The biggest concern about Tesla is that demand for its cars is shrinking. The stock tumbled week following news of a new round of layoffs in addition to the warning about a smaller profit. Wall Street would likely applaud such a cost-cutting measure at any other company; for Tesla, it served as a reminder that demand might be waning.

“While we believe the focus on cost take-out is the right move for a highly capital intensive automotive company, we believe the sustainability of demand should be the focus for investors,” the Goldman analysts said.

“In that vein, we see the recent actions and company commentary confirming our views that there is likely a more limited amount of demand for the higher price point Model 3 vehicles currently being offered —and the pent-up demand for the product may be cleared through (at least in the U.S.),” they said.

The analysts kept their sell rating on the stock and their $225 price target, one of the lowest on Tesla and equivalent of 25% downside over Tuesday’s share price. On average, Wall Street analysts have a $341.25 price target on Tesla shares, and a neutral rating.

It remains to be seen whether Tesla can offer the Model 3, its lower-cost sedan, at a price point that is closer to the $35,000 it originally planned.

Investors will scrutinize the fourth quarter numbers and commentary for clues to the company’s performance in 2019.

Tesla has to navigate the phasing-out of U.S. federal tax credits, selling the Model 3 in Europe, and building its Shanghai gigafactory, with construction expected to start midyear. Also on deck is a first look at Tesla’s Model Y, which is expected to be a compact SUV.

After a drama-filled 2018 that included spats with short sellers, the media, and federal regulators, perhaps what most investors are looking for from Tesla is to simply be boring.