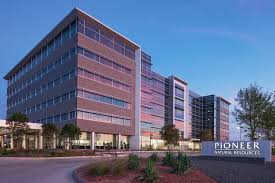 Pioneer Natural Resources (NYSE:PXD) last announced its earnings results on Tuesday, November 6th. The oil and gas development company reported $2.07 earnings per share (EPS) for the quarter, beating the Thomson Reuters’ consensus estimate of $1.69 by $0.38. Pioneer Natural Resources had a return on equity of 9.47% and a net margin of 15.98%. The company had revenue of $2.48 billion for the quarter, compared to analyst estimates of $2.24 billion. During the same period in the prior year, the company posted $0.48 EPS. The firm’s quarterly revenue was up 112.2% compared to the same quarter last year.

Pioneer Natural Resources announced that its Board of Directors has initiated a share buyback program on Thursday, December 13th that allows the company to buyback $2.00 billion in shares. This buyback authorization allows the oil and gas development company to purchase up to 8.4% of its shares through open market purchases. Shares buyback programs are often a sign that the company’s board of directors believes its shares are undervalued.

Pioneer Natural Resources Company operates as an independent oil and gas exploration and production company in the United States. The company explores for, develops, and produces oil, natural gas liquids (NGLs), and gas. It has operations primarily in the Permian Basin in West Texas, the Eagle Ford Shale play in South Texas, the Raton field in southeast Colorado, and the West Panhandle field in the Texas Panhandle.