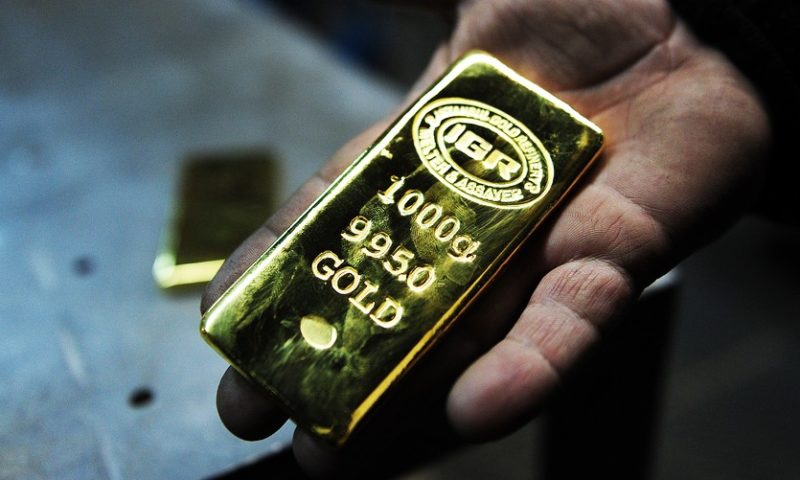 Gold futures on Thursday climbed a second straight session to their highest finish in more than six months as U.S. stocks saw a sharp pullback and the dollar softened.

“Obviously, the concerning news from Apple sales in China has created an additional wave of equity market selling, and that in turn has continued to pump money towards gold,” analysts at Zaner Precious Metals wrote in a daily report.

Apple shares headed lower after the tech giant announced a rare cut to its sales forecast, citing sluggish economic growth in China, which could also be exacerbated by the longstanding tariff dispute between Beijing and Washington.

Apple’s late-Wednesday announcement has provided further evidence that the world’s second largest economy is on an uneven footing, which could deliver fresh worries of contraction in international economic expansion, market participants said.

Supporting bullion prices recently are equity-market jitters to start 2019, and growing expectations of a pause in coming rate increases by the Federal Reserve, which has become more cognizant of the market’s tailspin lower.

Meanwhile, silver, a precious metal that tends to be more sensitive to signs of global economic weakness, moved higher after healthy private-sector employment data from ADP.

Automatic Data Processing Inc. ADP, -3.02% showed that 271,000 private-sector jobs were added in December, compared with a previous monthly reading of 179,000.

However, some of an important economic gauge, the Institute for Supply Management said its manufacturing index, produced a reading of 54.1 in December, down from 59.3 in November and below the 57 anticipated by economists surveyed by MarketWatch, adding to downbeat market sentiment and sending investors into the perceived safety of gold and silver.

On Friday, market participants will watch a closely followed nonfarm-payroll report, with 184,000 jobs expected in December and an unemployment rate falling to 3.6%.