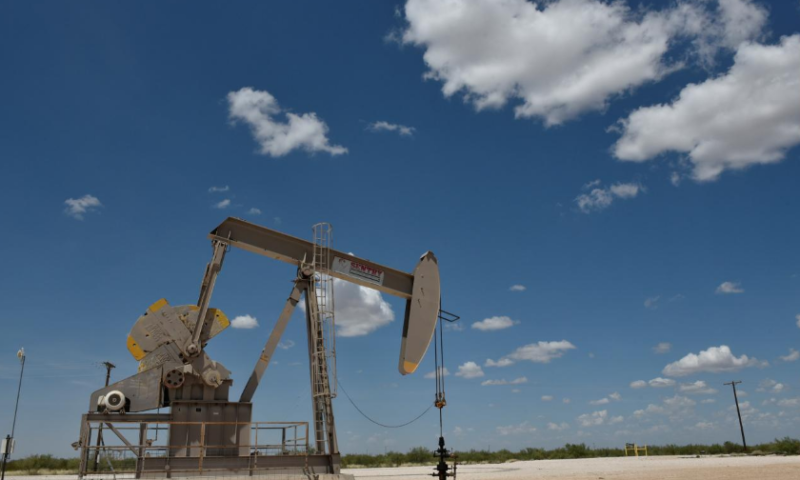 NEW YORK – Oil prices fell about 5 percent on Thursday, hitting their lowest level in more than a year on worries about oversupply and the outlook for energy demand as a U.S. interest rate rise knocked stock markets.

Global stock markets dropped after the U.S. Federal Reserve raised rates on Wednesday and maintained most of its guidance for additional hikes over the next two years, dashing investor hopes for a more dovish policy outlook.

“Any additional weakening in risk appetite as underscored by a further drop in the equities could easily keep the speculative entities in WTI engaged in exiting remaining long holdings,” Jim Ritterbusch, president of Ritterbusch and Associates, said in a note.

Both major oil futures contracts have fallen more than 35 percent from multi-year highs reached at the beginning of October.

Fatih Birol, head of the International Energy Agency, said on Thursday he does not expect a sharp increase in oil prices in the short term, unless there are geopolitical problems.

The Organization of the Petroleum Exporting Countries and other oil producers including Russia agreed this month to curb output by 1.2 million barrels per day (bpd) in an attempt to drain tanks and boost prices.

But the cuts will not happen until next month, and production has been at or near record highs in the United States, Russia and Saudi Arabia.

“The market remains skeptical of the ability of OPEC and Russian oil producers to rein in runaway output,” said John Kilduff, a partner at Again Capital Management in New York. “This has become a ‘show-me’ market – assertions or commitments to cut are not enough right now.”

OPEC plans to release a table detailing voluntary output cut quotas for its members and allies such as Russia in an effort to shore up prices, OPEC Secretary-General Mohammad Barkindo said in a letter seen by Reuters on Thursday.

Saudi Energy Minister Khalid al-Falih said he expected global oil stocks to fall by the end of the first quarter, but added that the market remained vulnerable to political and economic factors as well as speculation.

Integration Should Be Priority No. 1 for Acquisition-Minded Fintechs