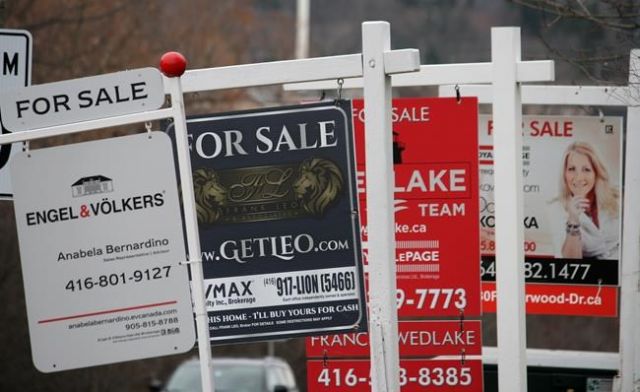 Home sales across the country fell for a third month in a row in November, as two of what had been the hottest markets, the Greater Toronto Area and the Greater Vancouver Area, reported lower activity.

The Canadian Real Estate Association says Canadian home sales through its multiple listing service system dropped by 2.3 per cent last month compared with October as the number of transactions fell in more than half of all local markets.

Sales were down year over year in three-quarters of all local markets including the GTA, Hamilton-Burlington, Ont., region, B.C.’s Lower Mainland and Calgary.

The group says the number of new listings also saw a decline, falling 3.3 per cent in November.

In a forecast, CREA is projecting that home sales in Canada will register a double-digit decline in 2018 and fall to their lowest level seen in five years.