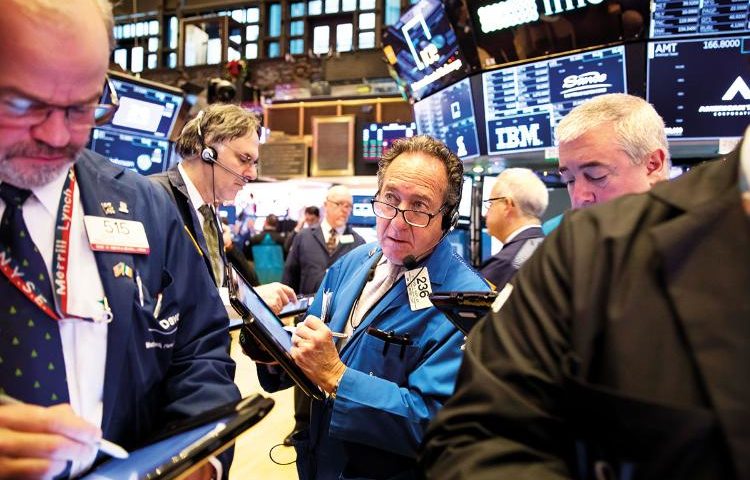 Dubai: There are no signs of any ease of pain that traders have been witnessing in US equity markets so far in December, with the US Federal Reserve meeting scheduled this week.

The Dow Jones Industrial Average has tumbled 1,700 points so far in the month, and fell 500 points or 2 per cent on Friday as data from China and Europe intensified global growth worries.

The Fed is expected to hike rates by 25 basis points (bps). Markets will be waiting for the afterword from the Fed’s Chairman Jerome Powell, who may give dovish or not so dovish statements on the outlook. Markets would also await any update on the trade war between the US and China or Brexit.

“I don’t expect a rate hike to surprise anyone. A lot would depend on the tone of the Fed. And that’s what the market would be looking at,” Nadi Bargouti, head of asset management at Emirates Investment Bank (EIB) told Gulf News. The Bank of Japan and Bank of England are also scheduled to meet on Thursday.

“There is nothing really left to surprise the market positively in terms of Fed, politics or trade war front. Investors want long lasting solutions to keep it afloat, unless something tangible comes out. What would really be a catalyst unless we see a breakthrough in the trade war or Brexit talks and negotiations with Italy?” Bargouti said,

The markets had been previously getting mixed signals on the 90-day truce called by US President Donald Trump on imposing any new import duties, and utterances from other officials from the US administration. However, signs of a truce are growing after China announced that starting January 1, it would suspend the additional punitive tariffs on US autos, imposed in retaliation for Trump’s tariffs on China, cutting them to 15 per cent from 40 per cent.

The biggest beneficiary from the trade war and Fed rate hikes has been the dollar, which is not expected to continue with its gaining streak.

“We think there is a possibility that the days of the dollar’s reign as king of FX could be numbered. The Fed may very well signal a pause in near future rate hikes after potentially tightening its belt one more time next week, owing in part to ongoing uncertainties related to geopolitical factors, recent financial market volatility and weaker demand due to the currency crises in emerging market economies,” said Fawad Razaqzada, technical analyst at FOREX.com.

The underlying tone is that of caution going ahead, looking at the allocations that traders have been resorting to in US equities.

“The markets have been sold-off, which indicates there is uncertainty. You need to remain invested. You need to be in defensive stocks like utilities, and consumer staples from cyclicals like energy, technology and consumer discretionary,” Bargouti said.

EIB is underweight on equities and fixed income and are into defensive stocks. A breakthrough on trade war or on the Brexit front would trigger a change of view.

2019 outlook: Odds in favour of equities