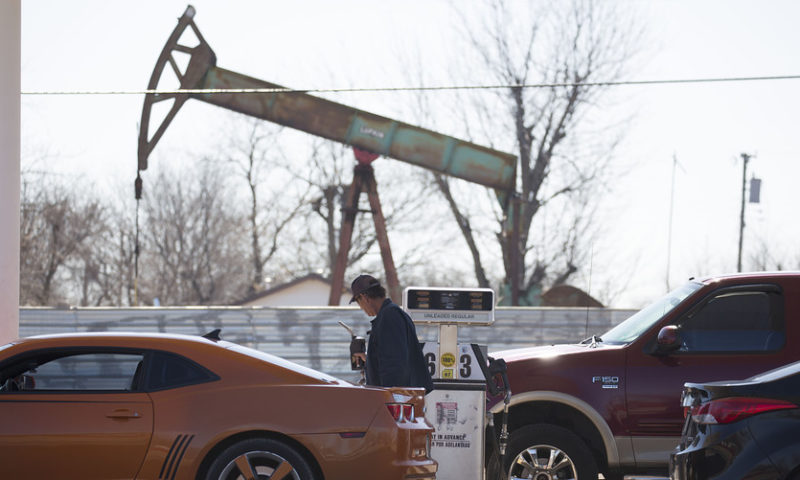 Oil prices gave up earlier gains Wednesday to finish a bit lower, after U.S. government data showed domestic crude supplies declined for a second week in a row, but by much less than the market expected.

However, analysts and traders, on average, expected to see a larger decline of 2.8 million barrels in crude supplies, according to a survey conducted by The Wall Street Journal, while the American Petroleum Institute on Tuesday reported a drop of 10.2 million barrels.

West Texas Intermediate crude for January delivery CLF9, +0.35% fell 50 cents, or 1%, to settle at $51.15 a barrel on the New York Mercantile Exchange. Prices, which touched an intraday high of $52.88, had pared earlier gains shortly after the release of the supply data.

After Tuesday’s “mammoth drop from the API, this morning’s EIA report has yielded a much more modest draw,” said Matt Smith, director of commodity research at ClipperData. “Refinery runs ticked a little lower, but still remain nearly half a million barrels per day above year-ago levels.”

The data on U.S. supplies come as the globe’s major producers prepare for a planned reduction in output early next year.

Last week, the Organization of the Petroleum Exporting Countries agreed to reduce its overall member production by 800,000 barrels a day from October’s levels for six months, beginning in the new year. The cartel didn’t specify the output cut by nonmember allies, which include Russia, but news reports peggedthe nonmember cuts at 400,000 barrels a day, to bring the total reduction to 1.2 million barrels a day.

In a closely watched monthly oil-market report released Wednesday, OPEC reported an 11,000 barrel-a-day decline in crude output last month, to average 32.97 million barrels a day. But production in Saudi Arabia, one of the world’s top-three producers and the biggest crude exporter, climbed by 377,000 barrels a day month-on-month, bringing Saudi output to a record 11.01 million barrels a day.

Crude prices saw some support earlier week from a supply outage in Libya. The country’s national oil company has declared force majeure on exports from the El Sharara oil field following an attack by a militia group over the weekend. Roughly 400,000 barrels a day of oil have come offline, according to analysts.

The oil market has seen overall volatility, with little clear price direction, as the announcement by OPEC and allies to cut production followed the more-than-30% plunge by oil prices by late November from a nearly four-year high hit in early October.

“The OPEC+ agreement predictably came up short of what Rystad Energy argued would be required to fully balance the market in 2019,” said Rystad Energy’s head of oil market research Bjornar Tonhaugen. “The agreed production cuts will not be enough to ensure sustained and immediate recovery in oil prices. The muted market reaction seen thus far comes as no surprise to us.”

In other Nymex trading, prices for natural gas suffered from a sharp decline for second day in a row. January natural gas NGF19, +3.43%  dropped 6.2% to settle at $4.136 per million British thermal units—the lowest since Nov. 15, according to FactSet data.

“With total U.S. gas demand already lower in recent days, the short-term weather outlook calls for further weakness ahead, with most of the country projected to see above average temperatures,” he said. “That should continue to limit the need for natural gas, both for heating and from power generation.”

The likelihood of a bitcoin bounce is diminishing, says analyst