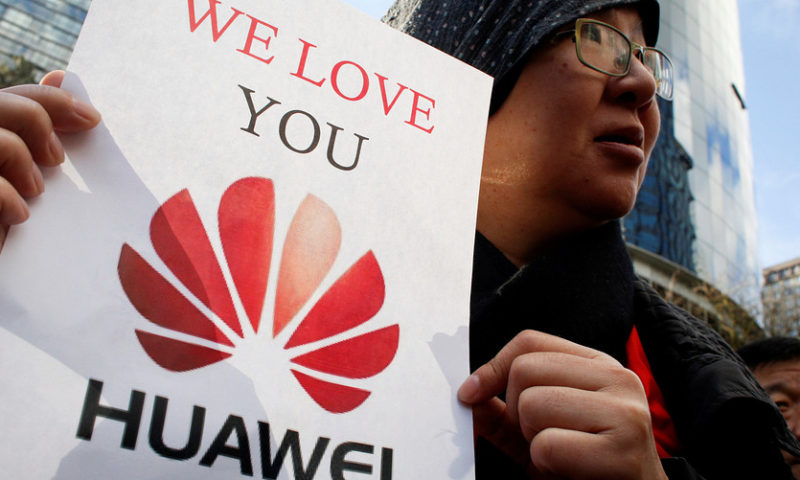 Stock index futures are pointing to a strong start to the trading day Wednesday, after comments by President Donald Trump, and bail for a jailed Huawei Technologies Co. executive, revived optimism over trade negotiations between the U.S. and China.

How are benchmarks trading?

Uncertainty over U.S.-China trade relations appear set to dominate yet another trading session, as both Chinese officials and the Trump administration have made a concerted effort to convince markets that negotiations will soon bear fruit.

President Trump, in an interview with Reuters, said he would intervene in the arrest of Huawei’s chief financial officer Meng Wanzhou if it would help ensure a trade deal with China. The executive was granted bail by a Canadian judge on Tuesday after more than a week in detention, but will be subject to close monitoring. She was arrested Dec. 1 at the behest of U.S. authorities and awaits possible extradition to the U.S., where she faces charges related to allegations she lied to banks about the company’s ties to a firm that did business in Iran, in violation of U.S. sanctions.

Those developments helped spur some relief buying as investors have been carefully watching the arrest, which has angered China, for signs it could scuttle a trade cease-fire brokered last month. Tuesday reports that China will lower tariffs on U.S. autos also continued to support market optimism.

Traders will also continue to pay close attention to the ongoing battle for market leadership. For the past three months, investors have largely been signaling fear over the longevity of the current expansion by rotating into the safety of utilities and consumer staples—the two only two sectors gaining value during that time.

This week has told a different story, with the tech stocks, as measured by the Technology Select Sector SPDR Fund XLK, +1.57% outperforming every other S&P 500 sector, giving hope to bulls who argue that the U.S. economic expansion has enough strength and stamina left to keep these firms growing rapidly for the foreseeable future.

What are the strategists saying?

“U.S. futures are in a good mood, with the Huawei CFO released on bail, and strong overnight action in Asia on constructive trade [headlines],” Dave Lutz head of ETFs at JonesTrading wrote in a Wednesday morning note.

Lutz pointed out that Nasdaq-100 futures are leading the market higher in premarket in action, in what he describes as a “broad-based” tech rally, suggesting that futures investors have indeed been heartened by headlines late yesterday and early Wednesday suggesting progress on U.S.-China trade talks.

What data are ahead?

The Labor Department will release a key indicator of inflation at 8:30 a.m. Eastern, when it will announce November’s reading of the consumer price index, or CPI.

At 2 p.m. Eastern, the Treasury Department will announced the size of the U.S. government’s fiscal deficit for November, with the consensus estimate being $175 billion, according to FactSet, an increase from October’s $139 billion shortfall.

Asia markets saw hefty gains on the Huawei developments, while the Stoxx Europe 600 index SXXP, +1.32%  was also in the black.

The dollar DXY, -0.21%  slipped with the U.K. pound firmer after news Prime Minister Theresa May will face a vote of confidence on Wednesday evening.