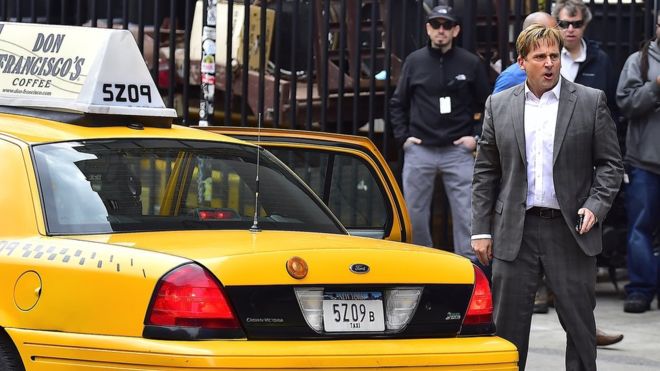 An investor who predicted the 2008 financial crisis has revealed he is betting against the UK banking system.

Steve Eisman, known for appearing in The Big Short, said he had bets against three UK banks, though he declined to name them.

The US investor shot to fame when he featured in the book by Michael Lewis, and was later played by Steve Carell in the Hollywood adaptation.

Mr Eisman said he expected UK markets to fall as a result of Brexit.

Explaining his current investment position, he said that he bet against two UK banks “about a month and a half ago” due to the possibility of Britain leaving the EU and of Jeremy Corbyn becoming prime minister.

“I think in either eventuality the British market will go down,” he said.

He added that he decided to bet against a third bank because it “seems more likely that Theresa May’s proposals will fail”.

Known as shorting, the bets against the banks will pay out if the banks’ shares fall.

Asked which banks he thought were vulnerable, he said “it doesn’t matter which UK banks I’m short. I could have picked three others”, adding that he saw it as an “industry” issue.

During the financial crisis, Mr Eisman worked for a hedge fund called FrontPoint Partners, and his bets against financial markets reportedly led the company’s assets to double to $1.5bn.

He now works for Neuberger Berman, with investment strategies that include positions in the UK and the US.

On the US economy, he said he thought President Trump’s trade war with China was “correct”.

“You’re not going to get China to change by asking.”

Asked if, like some leading investors, he anticipated another global financial crisis, he said: “I actually don’t think so.

“The financial system in the United States is safe for the first time in the 30 years I’ve analysed it.”

In September, hedge fund chief Ray Dalio revealed that he expected a new crisis in the next two to three years.