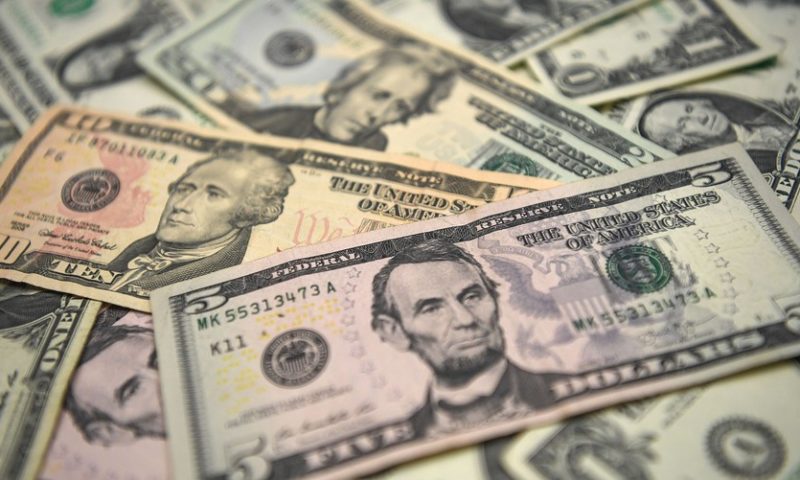 With many of its supportive themes for the U.S. dollar dissipating as 2018 draws to a close, currency analysts are beginning to brace for a weaker buck in 2019.

The dollar is on track for its best annual gain in about three years after an abysmal 2017 when the buck, as measured by ICE U.S. Dollar IndexDXY, +0.08%  , dropped nearly 10%.

For 2018, the popular gauge looks up 5% at this point, according to FactSet data, with the currency also showing gains against both developed and emerging-market monetary units.

So, should bulls pop the champagne and brace for another year of dollar dominance? Maybe not.

A number of factors that boosted the buck in 2018, might not feature—at least not to the same degree—next year, currency strategists and analysts said.

For example, the dollar benefited from President Donald Trump’s tax plan, supportive economic data, as well as the Federal Reserve’s increase of benchmark interest rates. Moreover, arguably the most potent catalyst for U.S. currency has been its re-established appeal as a haven currency amid tariff battles between the U.S. and its trade partners, in particular China. Under the assumption that an increase in import duties would be more detrimental for other international participants, the dollar became a comparatively more attractive wager.

And while the U.S.-China trade dispute hasn’t been resolved—far from it by some measures—the world’s two largest economies are at least back at the negotiating table since the G-20 summit in Argentina, which means the market may be closer to getting some modicum of relief in rhetoric in trade (assuming the latest developments with Huawei Technologies don’t entirely scuttle the discourse).

Still, market participants believe the drama will get worse before it gets better, meaning the spat will escalate before Washington and Beijing strike any substantive agreement.

All this is happening against the backdrop of worries about the health of the global economy, which showed signs of slowing in 2018, while the U.S. remained strong — both relatively and in the absolute — growing at an annual rate of 4.1% in the second quarter.

“If the big story of 2018 was the decoupling of [growth of] the U.S. economy from Europe and China, the million dollar question as we head into 2019 is whether this decoupling is sustainable,” wrote David Woo, FX, rates and emerging-markets strategist at Bank of America Merrill Lynch.

Woo believes that the result of the trade tensions might not even matter: “If [the] trade war were to intensify, we suspect no one can escape its implications, even the U.S.,” he said, while if the trade war were to de-escalate, “the release of pent up demand in the world economy should provide a bigger boost to the more cyclically-sensitive Asia and Europe than to the U.S.”

The U.S. dollar tends to perform well in times of global trouble, and it might defend its bid as a haven. However, a slowdown in the U.S. would likely spell a dollar downtrend, according to Hurd.

Meanwhile, market participants expect the U.S. economy to decelerate as well, as the stimulus seen in 2018 is unlikely to continue given gridlock in Washington with the House of Representatives under Democratic control.

And a hawkish monetary path that had supported the buck may be replaced by a Federal Reserve, including Chairman Jerome Powell, which has begun to sound more dovish in recent weeks, leading investors to doubt an anticipated three rate increases in 2019. A smaller number of rate increases may dent the appeal of the buck versus higher-yielding currencies for investors.

That said, the aftermath of Trump’s economic stimulus measures, as well as richer relative yields in the U.S. compared against the rest of the world, should keep the U.S. economy ahead of its peers for a while longer, but “the U.S. economy should slow in the second half of the year, though that doesn’t mean a recession,” Hurd said.

The twin deficit of both trade and budget deficits, which market participants worried about briefly in the spring of 2018 before other positives took hold, is also re-emerging.

“The notable take-away is that Europeans are much more bearish [on] the dollar than most North American clients. A home bias might be obvious but many we spoke with expect a pivot on political risks early next year from Europe to the U.S.,” said Mark McCormick, North American head of currency strategy at TD Securities, referring to the tendency for investors to limit their investments to domestic assets.

A weaker dollar would help its arch rival, the euro EURUSD, -0.0264% which had a bad year, down 5.6%, in comparison thanks to sluggish economic data and a hornet’s nest of political uncertainties, including a tumultuous exit plan from the European Union by the U.K. and a nagging budget-deficit crisis that has seen Italian and European Commission officials lock horns.