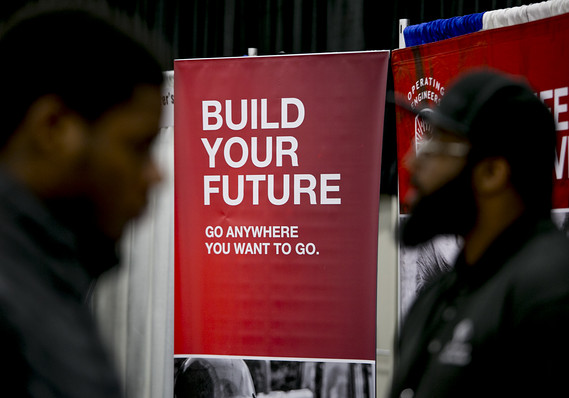 Data on jobs was in line with economist estimates

The numbers: Private-sector employment stayed strong in November, as employers added 179,000 jobs, payrolls processor Automatic Data Processing Inc. reported Thursday. The gain was in line with forecasts from economists polled by Econoday. October’s gain was revised slightly to show 225,000 growth instead of a previously estimated 227,000.

Big picture: The labor market has been strong this year. Economists use ADP’s data to get a feeling for the Labor Department’s employment report, which will be released Friday and covers government jobs in addition to the private sector.

Economists polled by MarketWatch expect the Labor Department’s nonfarm payroll jobs rose 190,000 in November, down from 250,000 in the prior month. The unemployment rate is expected to remain steady at 3.7%.

What are they saying: “On the surface, the data are modestly weaker than seems consistent with consensus expectations for payrolls in the [Labor Department] report tomorrow; the consensus is looking for 200,000 for private payrolls and 198,000 for total payrolls,” said Jim O’Sullivan, chief U.S. economist at High Frequency Economics.

Market reaction: Stocks were set to open lower after the arrest of a Huawei executive reignited trade worries. Futures on the Dow Jones Industrial AverageDJIA, -0.32%  were down more than 400 points.