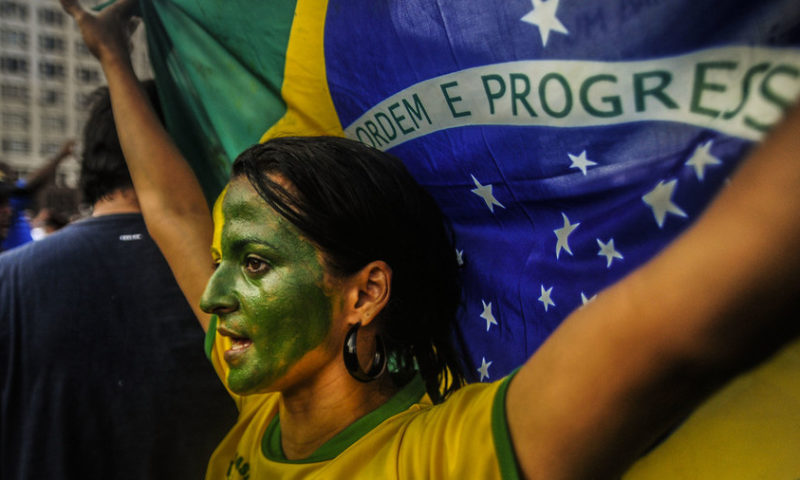 Over the past few years, Brazil has held several very successful oil auctions under production-sharing contracts in its pre-salt layer, attracting major oil companies to its prized offshore oil area.

However, as Bolsonaro prepares to take office on January 1, 2019, his transition team may need to negotiate how different Brazilian states and municipalities could divide the revenues from the potential sale of stakes in more pre-salt fields to foreign oil firms. This uncertainty is not welcome news for Big Oil, which has expressed interest in the area that has been explored to some extent and proven to hold much more oil than initially thought.

Brazil has been looking to pass legislation to remove the obligation that only Petrobras can produce oil in the ‘transfer of rights’ area. Far-right President-elect Bolsonaro, who had supported state control over the oil assets in the past, now plans to sell oil and other energy assets and supports the bill to allow foreign participation in the currently Petrobras-only ‘transfer of rights’ area, Bolsonaro’s advisor Luciano de Castro told Bloomberg earlier this month.

But last week, the head of Brazil’s Senate Eunicio Oliveira put on hold a bill authorizing oil auctions in the zone, dealing a blow to the president-elect and potentially stalling the bill further. At a meeting with mayors on Friday, Oliveira said that the bill to authorize the sale of stakes in the ‘transfer of rights’ area to foreign firms would be approved if it guarantees that part of the revenues would go to states and municipalities.

Bolsonaro’s plan for the oil auction in this area hit a snag even before the President-elect takes office. Bolsonaro is the third Brazilian president looking to authorize sales to foreign firms in the ‘transfer of rights’ area. But his transition team will probably have to negotiate with various states and municipalities how future revenues would be divided, if the plan is to pass in Parliament.

In the past, Bolsonaro favored state control over energy assets, but he has changed his stance before the presidential election race and now he is lining up a pro-business team to lead the country and picked a privatization advocate, Roberto Castello Branco, to be Petrobras’s new chief executive officer.

If Bolsonaro and his team manage to push the ‘transfer of rights’ area bill through Brazilian politicians from all sides, the potential resources opening for Big Oil to bid are huge.

The area is low-risk—Petrobras has explored parts of it and has found much more oil than originally thought. According to UBS analyst Luiz Carvalho, projects in the area can be viable even if oil prices were to drop to $20 a barrel, Bloomberg quoted the analyst as saying at an event in Rio last week.

Brazil can become an even more attractive destination for Big Oil than it is now if it manages to remove regulatory and political hurdles to auctioning more of its coveted pre-salt oil fields.