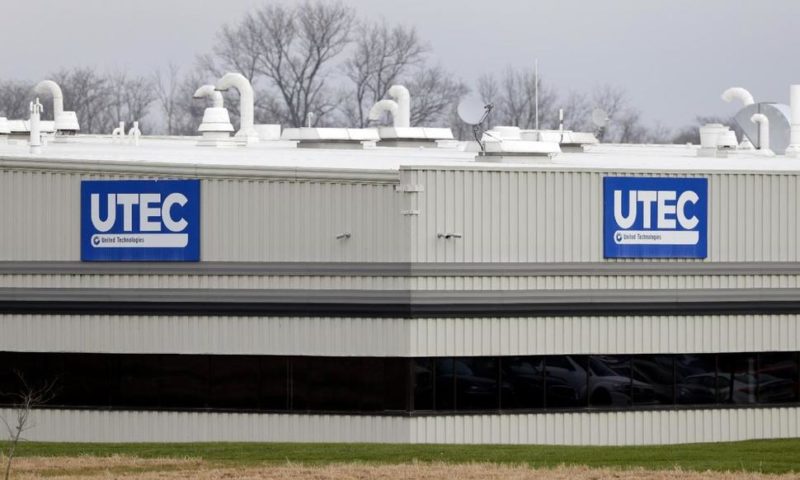 Industrial conglomerate United Technologies is planning to break itself into three independent companies now that it has sealed its $23 billion acquisition of aviation electronics maker Rockwell Collins.

NEW YORK — UNITED Technologies is breaking itself into three independent companies now that it has sealed its $23 billion acquisition of aviation electronics maker Rockwell Collins.

The company’s announcement Monday was the latest by a sprawling industrial conglomerate deciding it will be more efficient and focused as smaller, separate entities.

“Our decision to separate United Technologies is a pivotal moment in our history and will best position each independent company to drive sustained growth, lead its industry in innovation and customer focus, and maximize value creation,” said United Technologies CEO Gregory Hayes.

The three companies will be United Technologies, which will house its aerospace and defense industry supplier businesses; Otis, the maker of elevators, escalators and moving walkways; and the Carrier air conditioning and building systems business.

The separation is expected to be completed in 2020, United Technologies said.

Hayes will stay on as CEO of the aerospace business. The company did not name leaders for the separated Otis and Carrier businesses.

Founded in 1934, United Technologies is based in Farmington, Connecticut, and currently employs about 205,000 people. It did not say if any jobs would be lost in the breakup.

The company got embroiled in politics in 2016 when then-presidential candidate Donald Trump criticized plans to close a Carrier plant in Indianapolis and shift production to Mexico. Weeks after Trump won the election, Carrier announced an agreement brokered by the president-elect to spare about 800 jobs in Indianapolis, where the company has pledged to keep nearly 1,100 jobs. That’s down from the approximately 1,600 factory, office and engineering jobs at the facility.