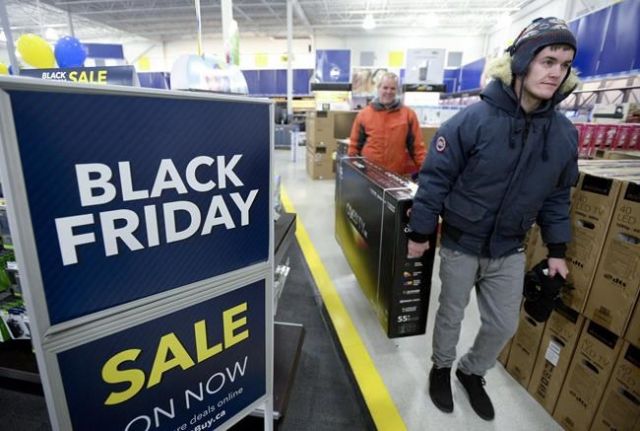 As Canadians vie for deep discounts this Black Friday, their beloved shopping holiday is facing a competitor of its own.

Weeks before North American retailers even announced their Black Friday deals, Singles Day was creeping into Canada and laying the groundwork to one day rival Black Friday and lengthen the holiday shopping season.

Singles’ Day — a holiday started in China centred around Nov. 11 that was started in the nineties by Nanjing University students rebelling against Valentine’s Day, but has since been co-opted by commercialism and is sometimes expanded to last a whole month — garnered enough crowds and clicks across the globe this year to be declared the biggest shopping day of the year internationally.

It netted Chinese e-commerce behemoth Alibaba more than US$30.8 billion this year alone.

Among the companies that got in on the Singles Day action in Canada were Aldo, which offered 11 per cent off all in-store and online purchases and advertised the deal as “no strings attached” and Ontario-based food delivery service and e-commerce platform Chanmao Inc., which waived delivery fees.

Canadian retailers have been slow to dabble in the holiday, but will likely awaken to its potential soon and use it to lengthen the holiday sales period that generally begins with Black Friday, experts said.

Steve Tissenbaum, a Ryerson University professor with expertise in the retail sector, said he has noticed retailers trying to push consumers to shop earlier in the year and he believes brands could use Singles’ Day to achieve that.

“I don’t see why people wouldn’t embrace it,” he said, though he pointed out it was the same day as Remembrance Day. “It’s not a big deal here at the moment, but I believe it could become a big deal.”

She is predicting Singles’ Day’s popularity will increase just like Black Friday.

“A few years ago Canada wasn’t really into the whole Black Friday thing, but then people started coming into Black Friday,” she said.

“We did a couple of years of Black Friday sales, but this year we decided to stop Black Friday and do a Singles’ Day promotion. We noticed there was a big difference.”

Singles’ Day promotions, she said, have proven to be a bigger hit with Chanmao’s user base and a win for the company because consumers start holiday shopping earlier in the year.

Despite the growth of Singles’ Day, Tamara Szames, a fashion industry analyst with research company NPD Group, doesn’t think it will necessarily rival Black Friday, but believes it could impact the holiday shopping cycle.

“What we have seen in the last few years is that Black Friday (comparable store) sales are still growing, but slowing down,” she said. “If retailers don’t get the lift that they wanted from Black Friday, they could add more holidays like Singles’ Day into the mix.”