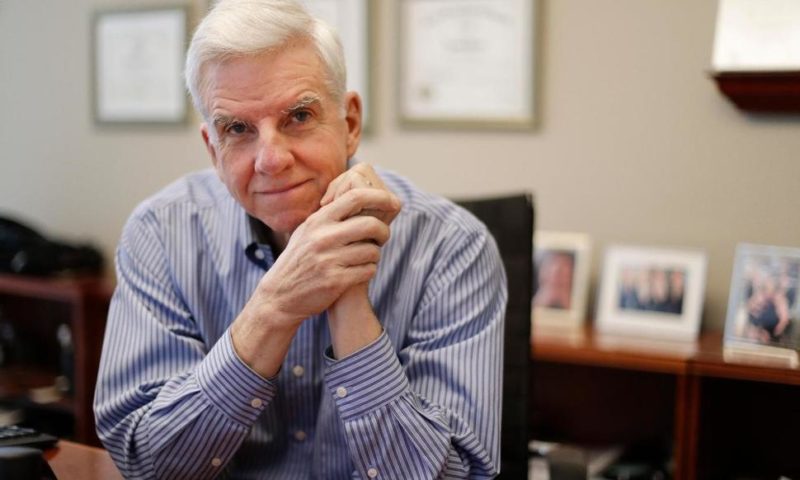 Recent turbulence in the U.S. stock markets is spooking some older workers and retirees, a group that was hit particularly hard during the most recent financial crisis.

CHICAGO — The recent turbulence in the U.S. stock markets is spooking some older workers and retirees, a group that was hit particularly hard during the most recent financial crisis.

There’s no indication, though, that the recent volatility has brought about large-scale overhauls in retirement planning.

“There’s a lot of fear that if you have another event like 2008 and you retire the year before or the year after, you’re screwed. I’m not taking that risk,” says Mark Patterson, a recently retired patent attorney from Nashville, Tennessee. “There’s a huge fear of folks my age that they’re going to run out of money and they’re going to need to rely on the government for help.”

By the time the market bottomed out during the financial crisis in 2009, an estimated $2.7 trillion had been wiped out of Americans’ retirement accounts, according to the Urban Institute. Older Americans, in particular, have had a tough time recovering their losses. The Pew Research Center estimates the net worth of the median Baby Boomer household in 2016 was still nearly 18 percent shy of where it sat in 2007.

In the two years since Donald Trump’s election, 62 percent of Americans — and 76 percent of those 65 and over — don’t believe their financial situation has improved despite the run-up in the stock markets, according to a recent Bankrate survey. Nearly 1 in 5 respondents said their finances have actually gotten worse.

Paul Kelash, vice president of consumer insights at Allianz Life Insurance Co., says the market fluctuations throughout 2018 look less like the prelude to a retirement savings crisis and more like a return to normalcy after a remarkably steady market run.

As such, he hasn’t seen much evidence of Americans drastically altering their retirement plans. “We get the feeling that folks are getting more comfortable with volatility,” he says.

Patterson, the recently retired patent attorney, gradually began stepping away from his law practice in 2016 — a decision he says was motivated in part by the stress of his job, his relatively stable finances and a “re-evaluation of priorities” after losing his wife of 35 years in 2013.

Now, 68, Patterson says he still has some “discretionary spending” money invested in stocks and riskier assets. But he says he was reluctant to put too much money into a stock market that soared throughout 2017, a decision he says was driven in part by memories of the 2008 financial crisis.

“I can retire in 2018 and not be sweating bullets because I put together a budget and I protected it,” Patterson says. “The thing that the crash in 2008 taught me is that, even though my portfolio was well set up, that was a black swan type of event. Even if you had a balanced portfolio, everything went down.”

Indeed, memories of the recession continue to take a financial and psychological toll on many of those who were affected.

“There is no evidence that retirement wealth has improved in the last few years,” says Teresa Ghilarducci, a labor economist, professor and director of the Retirement Equity Lab at The New School. For workers 50 to 65, there are indications wealth has actually fallen, she said.

Ghilarducci notes that workers and their employers stopped or cut back on 401(k) and retirement account contributions immediately after the financial crisis. Many also opted to “deleverage” and pay down debt as the recovery got underway, she says, which tied up money that otherwise would have been saved or invested.

“They had other things to do with their money, even if they didn’t lose their job,” she says. “Saving is sort of a luxury good. It’s what you can do when you can pay for everything else.”

And with a limited number of working years ahead of them — and, in some cases, their peak earning years largely behind them — many older Americans haven’t managed to replenish their depleted retirement and savings accounts.

Mark Hamrick, the Washington bureau chief and senior economic analyst at Bankrate, notes that the Federal Reserve’s ongoing efforts to boost interest rates benefit savers with money in the bank but also make it more difficult for those with debt to pay back what they owe. The “rising economic tide” has been a boon for many, he says, “but it doesn’t lift all boats.”

He believes there’s a tendency to “overgeneralize” Americans’ retirement situations and their day-to-day reactions to the economy.

“There can be a little bit of a disconnect between the improvement in the economic data and the actual experience of many Americans,” he says.