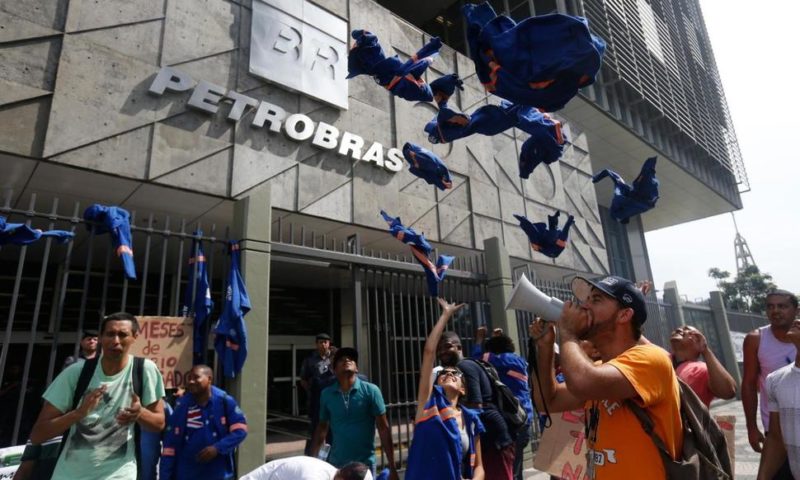 Castello Branco, a former member of Petrobras’ board, has advocated privatizing the oil giant, a measure also supported by his close ally and long-time friend Paulo Guedes, designated as Brazil’s next finance minister.

The nomination of Castello Branco, an engineer with experience in both the oil sector and running large companies, appeared to be garnering initial support.

“It’s a name that arrives with quite a lot of strength,” said Gilberto Braga, a finance professor at the Ibmec university in Rio de Janeiro, citing Costello Branco’s time as a Petrobras board member and previously as a director of mining company Vale.

“He will have autonomy to deliver a market-friendly agenda, with some freedom to set fuel prices and more leeway to accelerate divestments,” concurred the Eurasia Group in a press release.

Bolsonaro’s administration takes over on Jan. 1. Experts believe that a wholesale privatization of Petrobras is unlikely under the next government, despite strong support from market-friendly Guedes and Costello Branco.

Negotiations with finance secretary Guedes about the future of the national oil company are underway, Bolsonaro told reporters outside of his home in Rio de Janeiro on Monday.

“Some of it could be privatized, but not all of it. It is a strategic company,” said the former army captain and congressman for 27 years.

“We need several private companies to compete in the fuel market,” he wrote.

Privatization is polemical in Latin America’s largest nation and highly unpopular among the military, a large sector of Bolsonaro’s support. Any privatization, which could lead to an end to subsidized fuel prices, would also likely be strongly opposed by many sectors, including transportation.

Still, Petrobras’ non-core activities, such as refining and distribution, could be privatized, experts said.

The introduction of market-driven fuel prices by Petrobras earlier this year led to a major truckers’ strike, paralyzing the country for days. The current government of President Michel Temer put an end to demonstrations after providing fuel subsidies aimed at lowering diesel prices.

In his op-ed, Costello Branco sharply criticized Temer’s decision, arguing that ultimately competition in the energy sector would be better for the nation.

“It’s unacceptable to maintain hundreds of billions of dollars allocated to state companies for activities that could be undertaken by private initiative while the state doesn’t have money to pay for basic obligations, like health care, education and public security,” he wrote.

Still, experts say the current diesel subsidy is likely to be maintained.

“A new shutdown (by truckers) would be disastrous for this government,” said Braga.

Before being a Petrobras board member in 2015 and 2016, Castello Branco was director of mining company Vale from 1999 to 2014. He is currently a professor at Fundacao Getulio Vargas, a university and business-focused think tank. Costello Branco also did post-doctoral studies at the University of Chicago.

He is the third top Bolsonaro nominee to be trained at the University of Chicago, after Guedes and economist Joaquim Levy, who was recently appointed president of Brazil’s National Economic and Social Development Bank.

In a statement, Petrobras said the current chief executive, Ivan Monteiro, will remain until the new administration takes over.