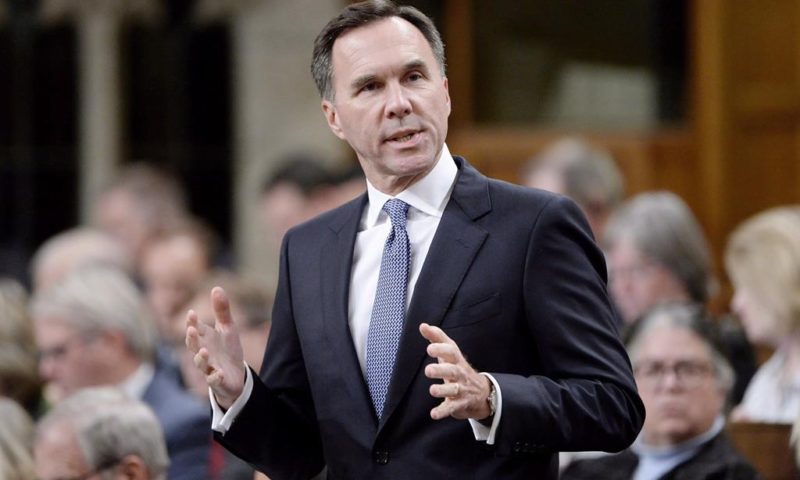 OTTAWA — The federal government is expected to lay out fresh plans next week to support Canada’s struggling news industry.

The decline has already shuttered newsrooms, led to job cuts in many others, and eroded coverage of key democratic institutions across Canada — everything from municipal councils to provincial legislatures to Parliament.

The government also pledged in the budget to search for additional ways of supporting Canadian journalism.

Internal federal documents obtained by The Canadian Press under access-to-information legislation say the government assembled a working group of officials from the finance and heritage departments following the February budget.

Their goal, the memo said, was “to identify options to address the issues affecting journalism in Canada ahead of the fall economic statement.”

The fall statement will be one of the last opportunities in the current fiscal year to announce the new measures.

“A range of options to ensure the continued viability of the journalism industry in Canada are being considered,” reads the briefing note prepared for deputy finance minister Paul Rochon ahead of his meeting last July with the president and the publisher of Montreal’s La Presse newspaper.

In the budget, Ottawa promised to take a closer look at potential models to enable private donations and philanthropic support for “trusted, professional, non-profit journalism and local news.”

The government said eventual steps could include new ways for Canadian newspapers to innovate and receive charitable status for “not-for-profit” journalism.

The briefing document for Rochon noted how La Presse announced its plan to adopt a not-for-profit structure last May — a couple of months after the budget — to position the newspaper to take advantage of the federal commitments on journalism.

A separate July briefing note laid out options for “government action” but those sections of the document were redacted.

“There are calls for the government to intervene to save the legacy newspapers under the premise that this is the key way of ensuring the continued production of civic-function journalism,” reads the memo.

The document summarized recent industry trends — including how overall operating revenues tumbled to $3.2 billion in 2016 from their peak of $5.5 billion in 2008. The decrease included a steep drop of 34 per cent between 2012 and 2016.

It said the decline has been caused mainly by falling advertising revenues and, when it comes to online ads, noted how Canadian news outlets have struggled to compete with giants like Facebook and Google, which scoop up about 80 per cent of the digital business.

The number of daily newspapers in Canada was down to just 88 by May 2018, the document said. A decade earlier, there had been 139.

In the lead up to the federal budget, the government was bombarded with ideas on how to help the news industry.

A report last year from the Public Policy Forum called for a sales tax on foreign companies selling digital subscriptions in Canada, a fund to help finance reliable news and information with $100 million in federal seed money, a new “local” mandate for news agency The Canadian Press and changes to the CBC’s online advertising.

“What you’re going to see us talking about next week is how we can ensure we can continue to be successful in the face of challenges that we’re seeing. We’re seeing the economy right now doing well, but we recognize that we need to think about how we’re competitive tomorrow and the day after, so that we can create the kind of jobs we want for young people like the ones that are in this room,” he said at a Kiwanis Boys and Girls Club event.

Crude oil from Alberta hit a record-low price of $14 a barrel this week. Light demand for oil is pushing prices down everywhere, but the benchmark price for American oil is about $50 a barrel higher. Canadian producers are suffering because there’s more oil sitting around here than they can physically move to buyers.

Morneau also has been under pressure from business groups to cut Canadian corporate taxes to better compete with the United States, where President Donald Trump has done the same.

But the finance minister is widely expected to steer in a different direction next week, instead introducing measures to make write-downs on capital investments more generous.

When asked about the impact of low oil prices on the federal books, he pointed to the strong national economy but expressed some concern for Alberta.