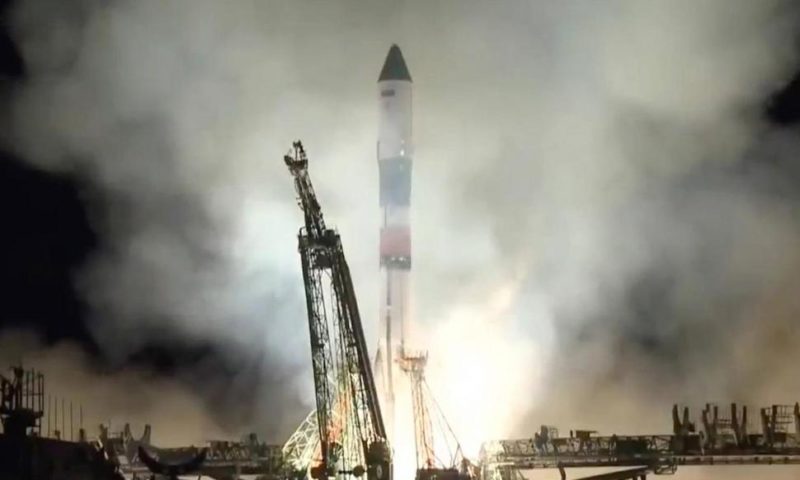 A Russian Soyuz rocket has put a cargo ship en route to the International Space Station, a successful launch that clears the way for the next crew to travel to the space outpost next month.

MOSCOW — A Russian Soyuz rocket sent a cargo ship on its way to the International Space Station on Friday, a successful launch that cleared the way for the next crew to travel to the space outpost.

The launch of the Russian Progress MS-10 resupply ship from the Baikonur cosmodrome in Kazakhstan marked the fourth successful liftoff of a Soyuz since a launch with crew members had to be aborted last month.

A Soyuz-FG rocket carrying NASA astronaut Nick Hague and Roscosmos’ Alexei Ovchinin failed two minutes into its flight on Oct. 11, activating an automatic rescue system that allowed their capsule to land safely. A Russian investigation attributed the failure to a sensor that was damaged during the rocket’s final assembly.

The accident was the first aborted crew launch for the Russian space program since 1983, when two Soviet cosmonauts jettisoned after a launch pad explosion and also had a safe landing. The Russian Soyuz spacecraft is currently the only vehicle that can ferry crews to the space station.

Since the October mishap, two Soyuz rockets were launched successfully from Plesetsk in northwestern Russia, while a third lifted off from French Guiana carrying satellites into orbit. They were of a different subtype than the rocket that failed in October, but the one that lifted off Friday was the same version.

The Progress ship is set to dock at the space station Sunday, delivering almost three tons of food, fuel, water and other supplies to the crew — NASA’s Serena Aunon-Chancellor, Russian Sergei Prokopyev and German Alexander Gerst.

In a separate supply mission, Northrop Grumman’s Antares rocket with Cygnus cargo spacecraft is scheduled to lift off Saturday and dock at the station Monday.

The current crew is scheduled to return to Earth next month after the arrival of their replacements. American astronaut Anne McClain, Canadian David Saint-Jacques and Russian Oleg Kononenko are set to go up on Dec. 3.

“We trust our rocket. We’re ready to fly,” she said. “I think what we learned from the inside in October was how safe this rocket was. A lot of people called it an accident or an incident, or maybe want to use it as an example of not being safe. But for us it’s exactly the opposite because our friends came home, the systems worked and they worked exactly as they were designed.”