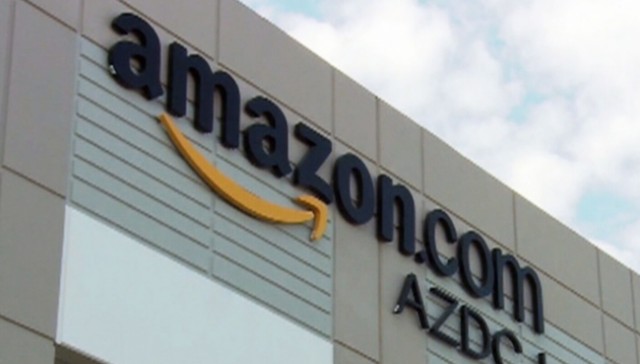 Amazon is hard to escape.

Whether you’ve bought shoes at Zappos, picked up milk at Whole Foods or listened to an audiobook on Audible, you’ve been caught up in Amazon’s growing web of businesses.

And now, Amazon’s sprawling empire will stretch even further. The company is expected to announce Tuesday that it will open two more bases outside of its Seattle headquarters: one in Crystal City in northern Virginia and the other in New York’s Long Island City neighbourhood.

Amazon, which got its start as an online bookstore two decades ago, has grown to a behemoth that had nearly $180 billion in revenue last year. Its workforce has ballooned to more than 610,000 employees worldwide, making it the second largest U.S.-based, publicly-traded employer behind Walmart, according to FactSet. That growth has also made its founder and CEO Jeff Bezos one of the world’s richest people, with his stake in Amazon worth more than $135 billion.

Here’s a look at some of the various businesses Amazon has its hand in:

It has created its own shops, too. There are 18 Amazon bookstores, five cashier-less convenience stores and three 4-star stores, which sell toys, cookware and other items. There are also dozens of Amazon pop-up shops inside malls and Kohl’s department stores where shoppers can touch and try out its gadgets.

Its physical locations had revenue of $13 billion in the first nine months of 2018.

There’s more to Amazon than just shopping. Its Amazon Web Services unit, founded in 2006, provides cloud computing services to corporations and government agencies, and is one of Amazon’s fastest growing businesses.

It had revenue of $17 billion last year, about 10 per cent of its total revenue.

The ads at the top of Amazon search results are becoming a big business for the company. Amazon doesn’t say exactly how much revenue it makes from ads, but an executive said that ad revenue makes up the majority of the “other revenue” listed in its financial reports. In its most recent quarter, its “other revenue” was $2.5 billion, more than double its revenue in the same period the year before.

Amazon Prime is a way to cement customer loyalty and get them to spend more on the site. For $119 a year or $12.99 a month, members get free shipping, access to its video streaming service and other perks. The company disclosed for the first time earlier this year that it had more than 100 million paid Prime subscribers worldwide. Revenue from subscriptions topped $9.7 billion last year.

Amazon has been churning out some successful gadgets, including: Kindle tablets, Echo voice-activated speakers and Fire TV video streaming devices. The company doesn’t break out revenue for these products.

Amazon produces TV shows for its video streaming service, such as Emmy-winning “The Marvelous Mrs. Maisel,” and films, such as “Manchester by the Sea.” Amazon doesn’t break out revenue for its studio.

Amazon also owns Twitch, a video streaming service for gamers; Audible, the audiobooks seller; and IMDb.com, an online database of movie and TV show starts, directors and other information. Amazon doesn’t break out revenue for these businesses.

Instead of relying on famous brands, Amazon has been creating its own. It designs sofas for its Rivet brand, men’s shirts for Goodthreads and batteries for AmazonBasics. Amazon has about 130 private label brands, according to TJI Research, which tracks Amazon and its businesses.