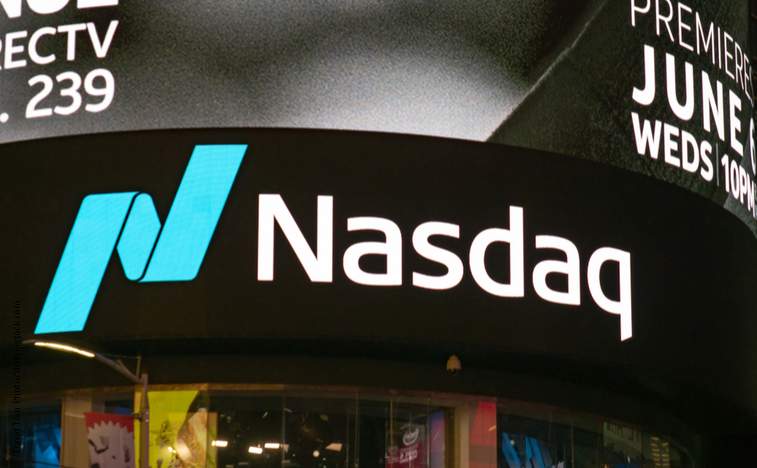 Visa, Goldman Sachs, Microsoft and Caterpillar were top gainers on the Dow

US stocks closed higher Wednesday as markets eased some of the month’s brutal losses before the end of October.

Some investors believe that October’s sell-off has been overblown, given that key indicators are still pointing to a strong underlying economy.

The US benchmarks were climbing higher this afternoon.

T-Mobile US Inc (NASDAQ:TMUS) and Netflix Inc (NASDAQ:NFLX) were two of the best-performing stocks on the tech-heavy index.

The Russell 2000 was up about 0.8% this afternoon with Accuray Incorporated (NASDAQ:ARAY) leading the charge after better-than-expected first-quarter revenue results.

Up north, the TSX was up more than 130 points as crude oil prices boosted energy shares.

Shortly after the opening bell, General Motors shares (NYSE:GM) were up 6.3% at $35.73 after the car maker reported far better-than-expected third quarter results and made a bullish call on its full-year earnings forecast thanks to better pricing in North America and gains in China.

Market sentiment was also helped by optimistic economic data as companies continued to hire at a rapid pace. Private payrolls beat forecasts of 189,000 new jobs and jumped by 227,000 in October, per a report from ADP and Moody’s Analytics.

Early in the session, the Dow Jones Industrial Average Index climbed 275 points to reach 25,150, pushed up by gains of more than 2% from Visa Inc, Microsoft Corp, Caterpillar Inc, Boeing and Goldman Sachs Group.

The tech-laden Nasdaq also pushed further into positive territory to add 139 points and hit 7,301, lifted by T-Mobile US, Western Digital Corp, Netflix, Facebook and Amazon.com. T-Mobile, which added 7% to touch $68.43, was the Nasdaq’s best performer, after its earnings beat estimates and came in at $795 million on revenue of $10.84 billion.

Treasury yields were also up on Wednesday, with the 10-year note picking up 4 basis points to reach 3.16%.

7:22 AM: US stocks seen bouncing back as optimism returns; ADP jobs report later

Wall Street shares recovered Tuesday and futures are pointing to a higher open as traders came back to risk and ahead of jobs data later.

David Madden, an analyst at CMC Markets in London, said earlier: “The major US indices had a strong finish last night as some of the fear that has been circulating Wall Street evaporated.

“The US labor market is in good shape and the latest ADP employment report will be released at 12:15pm (UK time), and traders are expecting 189,000. A strong number could renew fears about monetary tightening from the Federal Reserve.”

S&P, the ratings ratings agency announced yesterday that the possibility of the UK leaving the EU without a deal had ‘increased sufficiently’, and if that happens, the recession might last four or five quarters. The UK pound was hit by the announcement.