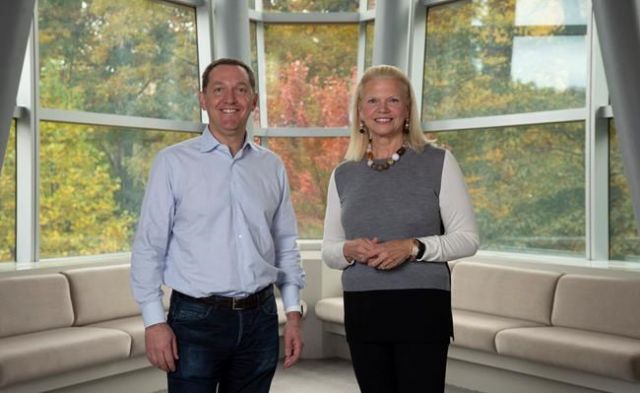 Shares of Red Hat skyrocketed at the opening bell Monday after IBM, in the biggest acquisition of its 100-year history, acquired the software company.

The $34 billion stock deal translates to $190 per Red Hat share — a 63 per cent premium to the closing price Friday for the Raleigh, North Carolina company. Red Hat Inc.’s stock soared almost 50 per cent in early trading.

The path for revitalization for New York’s IBM may be found in cloud technology, a driving force behind the blockbuster deal for Red Hat over the weekend.

“This is about resetting the cloud landscape,” Chairman and CEO Virginia Rometty said Monday in a conference call.

The hybrid cloud — when companies use a mix of on-site, private and third-party public cloud services — is an emerging $1 trillion opportunity that the companies want to be prepared for, Rometty said.

The deal requires the approval of Red Hat shareholders as well as U.S. regulators. It is targeted to close in the latter half of 2019, but there is a good chance that others may wish to make a counterbid.

That prospect sent shares up 47 per cent in early trading, close to an all-time high.

“We have long-stated that Red Hat is a strategic asset and while we are not aware of any merger and acquisition discussions or negotiations, we would not be surprised if a hyperscale cloud vendor such as Google, Amazon, Microsoft, or Oracle make a competing bid given Red Hat’s strategic position within on-premise datacenters (over 100K customers),” wrote Stifel’s Brad Reback.

American Apparel is back