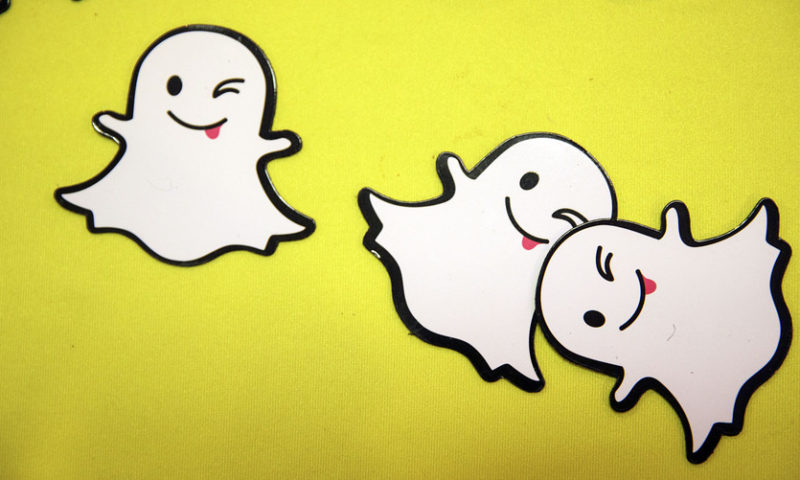 Snap Inc. is doing a better job of monetizing its user base, but that loyal following continues to shrink.

The social-media company on Thursday posted better-than-expected financial results for its third quarter, but Snap’s SNAP, -10.16% daily-active-user count declined once again, in line with analyst expectations. The report came just hours after Twitter Inc. TWTR, +1.76% delivered top- and bottom-line results ahead of consensus as well.

Shares of Snap plunged 10% in after-hours trading after gaining just over 6% in the regular session. Facebook Inc. FB, -3.70% and Twitter shares also declined in the extended session Thursday.

Revenue climbed to $298 million, up from $208 million in the year-earlier quarter. The top-line figure exceeded estimates for $283 million.

In Snap’s June-quarter earnings report, the company stunned investors when it reported its first-ever decline in daily active users on a sequential basis. The DAU count fell again in the September period. Snap had 186 million daily active users in the third quarter, compared with 188 million in the prior quarter and 178 million in the year-earlier period. Analysts were expecting 186 million.

The company’s December-quarter outlook assumes another sequential drop in DAUs, but Snap management didn’t give a specific numerical forecast.

Chief Executive Evan Spiegel said on Snap’s earnings call that the company’s “rebuild” of its Android app is expected to help with DAU growth though Snap plans to “wait until we get it right before we roll that out broadly.” Also on the topic of DAUs, Spiegel said that Snap is making performance improvements that reduce the amount of bandwidth used up by the Snapchat app, and the company is hoping to gain traction with users over 34 in developed markets.

Several of Snap’s monetization efforts are picking up steam, according to the company’s earnings release. The Snap Pixel, a means of measuring ad effectiveness, led to more than 230 million “purchase events” during the third quarter, up from 70 million in the second quarter. The company also launched its first “shoppable brand integration” within one of its original shows, and Snap said that this placement helped the Adidas Falcon sneaker sell out.

Snap also launched two ad products focused on e-commerce. The company’s “product catalog” option will make it easier for marketers to create ads out of their existing catalogs, while its “collection ads” will let Snapchat users interact with four products in an advertisement, rather than one. Snap said that early testers, including eBay Inc. SNAP, -10.16% saw significantly higher engagement rates with this format.

Chief Financial Officer Tim Stone said on Snap’s call that the company is aiming for “better measurement, more optimization and better relevance as we continue to innovate on formats for advertisers.”

Facebook earnings: Will advertisers stick with the social network?