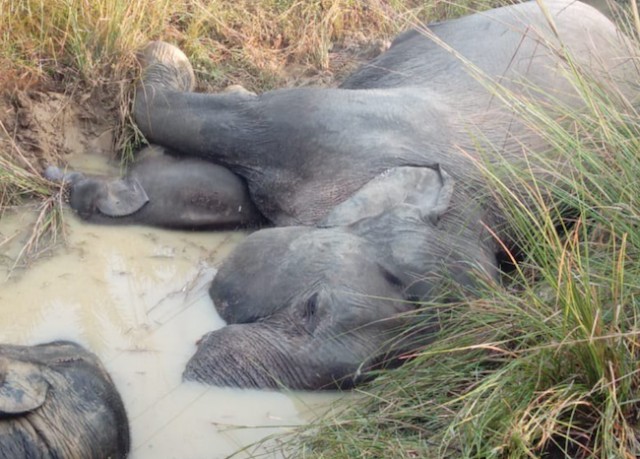 Seven elephants in search of food were electrocuted after coming in contact with loosely hanging electric wires in eastern India on Saturday, a forest guard said.

Wildlife warden Jitendranath Dass said the elephants were part of a herd of about 15 that came near Kamalanga, a village in Dhenkanal district of Orissa state.

The carcasses were spotted by villagers who informed the forest guards, according to the Press Trust of India news agency.

Roaming elephants in the region are struck by trains fairly regularly. With increasing numbers of humans settling down in forest areas, the elephants often stray into villages and towns.

Neighbouring Assam state is home to several thousand wild Asian elephants, but those are considered endangered due to habitat loss and poaching.