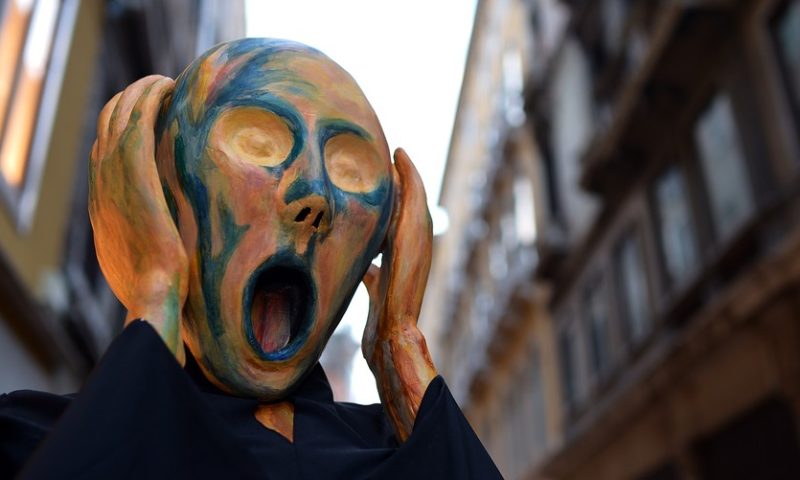 The stock market has defied predictions

If this is the start of a bear market, share prices have a lot further to fall: As of this writing the S&P 500 SPX, +1.86% is down just 9.4% from its all-time high—and yet one of the most important lessons may have already been learned.

No, I’m not going to mock those who have lately proclaimed that stocks are the only investment worth owning. I don’t intend to belittle those who assume that U.S. shares DJIA, +1.63% can defy investment theory, and somehow be both safer and higher returning than their foreign counterparts. I’m not going to dwell on the silliness of chasing yield with junk bonds, which offer stocklike risk to unsuspecting investors.

I’ll also avoid mentioning the FAANG obsession—Facebook FB, -4.24% Amazon AMZN, -10.22% Apple AAPL, -2.47% Netflix NFLX, -5.61% and Alphabet’s GOOG, -5.68% Google—and its conflating of great companies with great stocks. I’m not even going to rant about bitcoin BTCUSD, +0.21% or hold it up as a leading indicator of the speculative fervor that has recently taken hold of the financial markets.

Instead, the lesson, and the implicit criticism, is directed at myself—and the millions like me—who have been expecting a stock market decline for years. Take my first newsletter, published in September 2015. There, I wrote that “to get enthusiastic about stocks, I’d like to see the S&P 500 off 25% from its high.”

I don’t make short-term market predictions—at least not publicly—and yet I’ve spent the past three years fretting about future stock market returns. That sense of prescience was based on valuations—a seemingly objective, rational reason to worry. U.S. stocks are greatly overvalued if you look at dividend yields, Tobin’s Q, cyclically adjusted price-earnings ratios and many other market yardsticks.

One exception: price-earnings (P/E) ratios based on trailing and forecasted earnings. According to markets.WSJ.com, the S&P 500 is trading at less than 23 times the past year’s reported earnings and at around 17 times expected operating earnings—expensive, but hardly outrageous. Those P/E ratios, however, may be misleading. Why? Corporate earnings have been pumped up by the long economic rebound. If the economy slows and those heady profits slip away, P/E ratios will look far less attractive.

But even if we dismiss today’s P/E ratios as misleading, and we agree that U.S. stocks are indeed overvalued, there’s still a fundamental problem: Valuations tell us nothing about short-run results and surprisingly little about long-run returns.

Consider a 2012 study by Vanguard Group. It analyzed how effective different market indicators—such as dividend yields, the Fed model and P/E ratios—were in explaining subsequent returns. The upshot: None had any success in predicting the market’s short-run results and most did a lousy job of forecasting 10-year after-inflation stock returns. Even the most effective measure, the cyclically adjusted price-earnings (CAPE) ratio, explained just over 40% of 10-year returns.

Moreover, even the much-lauded CAPE seems to have lost its mojo in recent decades, as another Vanguard study noted. The S&P 500’s CAPE ratio has been elevated for much of the past 30 years, and yet that hasn’t stopped the S&P 500 from clocking 10.6% a year, while inflation ran at 2.5%. The Vanguard study argues that today’s heady CAPE ratio looks somewhat less worrisome, once you factor in falling inflation and declining bond yields.

Where does that leave us? Should we simply ignore valuations? Call me stubborn, but I continue to believe that today’s rich valuations mean we’ll get modest returns over the next decade. I could, of course, be wrong. Still, I think it’s prudent for retirement savers to assume low investment returns and sock away extra money to compensate—and I believe it’s wise for retirees to stand ready to cut their spending for a year or two, should the markets go against them.