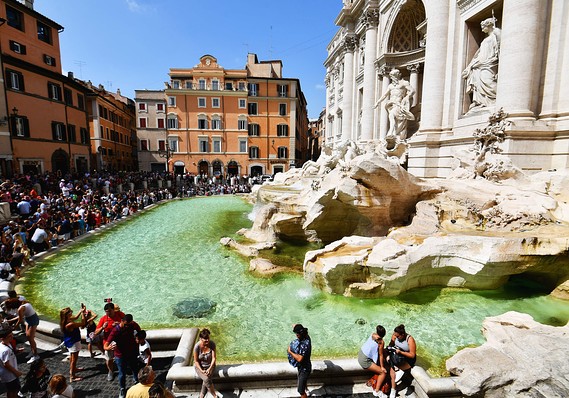 Italian stocks tumble after EU says it must rework budget

Poor corporate results from a swath of companies also weighed on sentiment.

What drove the markets?

Europe stocks were firmly in the grips of a global rout that drove jittery investors to perceived havens, such as the Japanese yen USDJPY, +0.12% EURJPY, +0.16% and gold GCZ8, -0.09% China drove the action Tuesday as the Shanghai Composite Index SHCOMP, +0.91% gave up on a two-day rally, shedding 2.3% and knocking stocks across the region, as government efforts to boost the market have fallen short.

Geopolitical tensions also crept into traders’ psyches after Turkey’s president asserted that the killing of journalist Jamal Khashoggi was planned out by the Saudi Arabian government.

Closer to home, the European Commission rejected Italy’s budget proposal, though that move had widely been expected.

Fawad Razaqzada, market analyst at Forex.com, said if global equity weakness continues, U.S. stocks “might be the next big domino to fall, as so far they have outperformed the rest of the world. Thus they might have some catching up do on the downside.

“However, in the event the bulls re-emerge, then the German DAX — which had been hit the hardest among the European indices (in part because of concerns over Italy and fears over demand for Germany’s luxury cars from China) — could be the one to watch for potential outperformance,” he said, in a note to clients.

Shares of ams AG AMS, -26.33% sank 26%, the top decliner for the Stoxx Europe 600, after the Austrian chip maker warned late Monday on its fourth quarter and that 2019 was looking gloomy.

Atos SE ATO, -22.22% was another big loser, as the French information-technology group cut its 2018 revenue guidance.

Bayer AG BAYN, -8.97% slid 9.5% after a judge in California upheld a jury’s verdict that linking the company’s Roundup weedkiller to cancer, but reduced damages by $200 million.

On the upside, shares of Travis Perkins PLC TPK, +4.08% rose 4.1% after the supplier of building products posted a rise in sales.

Halloween has a ‘black magic’ effect on the stock market