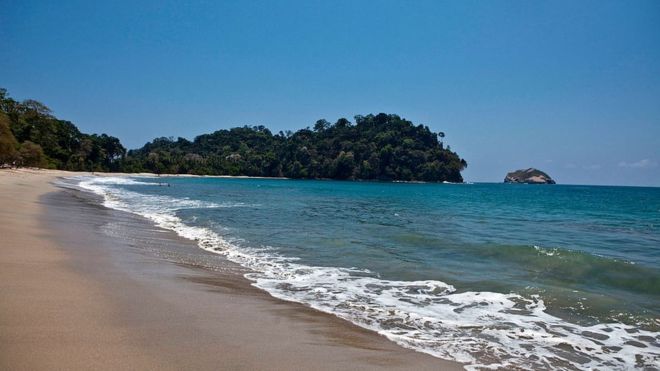 Four US tourists have died in Costa Rica after a rafting accident on a swollen river on Saturday, officials have said.

A fifth person, a local tourist, is also missing.

“Fourteen tourists and three guides on board three rafts, and a kayaker, were on the Naranjito river in Quepos, Puntarenas when the accident occurred,” Alexander Morales of the Red Cross told AFP.

The victims have not yet been named.

Rafting is a popular tourist activity in Costa Rica. The country is currently in its wet season, and heavy rain over its Pacific coast has flooded waterways, making water sports more dangerous.

Daniel Calderon, General Director of the Public Police Force, confirmed that 10 tourists had been rescued.

“We have had some trouble confirming the total number of tourists and their nationalities since we have been unable to get a hold of the representatives of the tour company”, local outlet the Costa Rica Star quoted him as saying.

Mr Calderon said rescuers from the coast guard and Red Cross would resume searching for the missing tourist in the early hours of Sunday.

Costa Rica’s President Carlos Alvarado expressed his “dismay” at the incident and said he had asked authorities to give all possible support to the victims’ families.