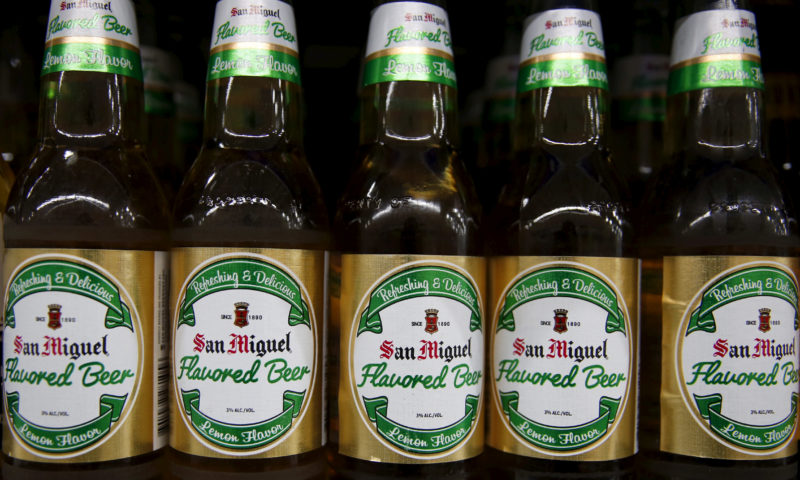 MANILA — Philippine conglomerate San Miguel on Thursday halved the size of a stake it planned to sell in its food and beverage unit and slashed the indicative price range due to deteriorating equities markets.

The group now plans to sell a maximum of 523 million San Miguel Food and Beverage shares at 85 to 95 pesos ($1.57 to $1.76) apiece, sharply lower than the up to 1 billion shares it planned to sell at 140 pesos apiece when the offering was announced on Aug. 23.

San Miguel Food and Beverage shares have fallen around 7% to 85.50 pesos since the announcement.

If the deal clears within the new price range, San Miguel will raise roughly $920 million, substantially lower than the $2.65 billion it previously hoped to bag, which would have been the largest equity offering ever in the Philippines.

San Miguel said it would conduct international roadshows from Oct. 19 to 25 and price the deal at the end. It did not reveal further details.

San Miguel President Ramon Ang blamed capital outflows from emerging markets for this drastic change in plans. “Money is flowing out of emerging markets because of the strong U.S. economy,” he said. “So the stock price is very low at the moment.”

Emerging markets across Asia has been reeling from capital flight as the U.S. raises interest rates. The Philippines is among the hardest hit in the region, with the benchmark Philippine Stock Exchange index down by 16.5% so far this year.

Amid the market rout, companies have also shelved initial public offerings in the Philippines.

San Miguel had said the proceeds of the share sale will be used to expand its business from food and beverage to infrastructure. The considerably smaller deal size now raises questions about its ability to pursue its aggressive expansion plans. The company is building more breweries, power plants and toll roads.

Apart from raising capital for the parent company, the share sale would also allow San Miguel Food and Beverage to broaden its investor base to remain listed on the stock exchange. The food and beverage unit’s public float fell below the required 10% after San Miguel consolidated its other assets into the company via share-swap arrangements.