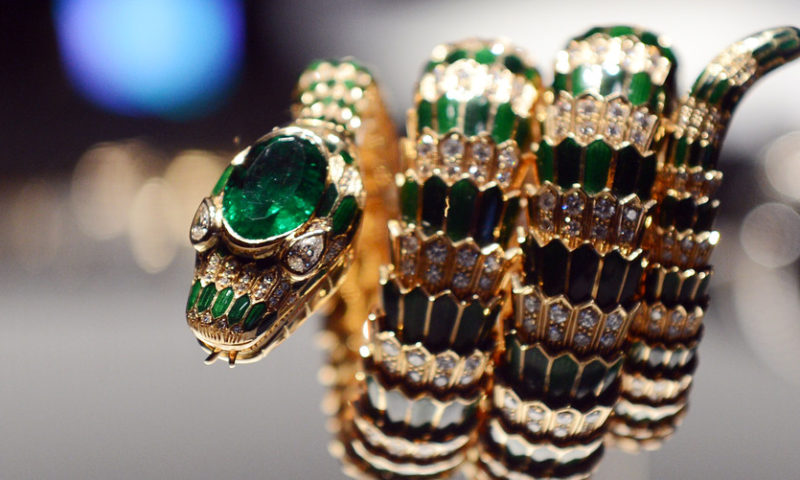 Gold futures pulled back slightly Wednesday from a finish a day earlier at the highest since July, with the precious metal nicked by a firmer dollar but supported by stock-market uneasiness.

The typically “haven” gold market so far showed little reaction to news that Russian anti-terrorism experts are investigating a blast at a school cafeteria in Crimea early Wednesday, reported to have killed at least 10 people and injured another 50, the Wall Street Journal reported. Gold has been slightly underpinned as global markets take in the handling of U.S. and Saudi Arabian relations after the disappearance and alleged murder of a journalist at the Saudi consulate in Istanbul.

Stocks and gold have been volatile amid mounting concerns over rising Treasury rates TMUBMUSD10Y, -0.57% A rapid climb in rates also has coincided with weakness in the U.S. dollar and gold tends to gain when the dollar is weaker because the assets become comparatively more attractive to buyers using other monetary units. One popular measure of the buck, the ICE U.S. Dollar Index DXY, +0.24% was up 0.3% at 95.40 Wednesday and remains just in the red for the month of October so far. Stock futures pointed to early weakness after the battered market’s biggest one-day gain since March on Tuesday.

Recent dollar sluggishness has defied the stronger trend that has persisted in the buck in the year so far, a rise fueled by monetary policy tightening at the Federal Reserve. The popular U.S. index is up 3.1% so far in 2018, according to FactSet. The Fed has hiked interest rates three times this year and may do so a fourth time before year-end, which could provide some resistance to gold bulls because rising rates are likely to juice the dollar and make risk-free government bonds a more attractive investment when compared against bullion.

The latest clues on interest rates will come with the release of minutes from the Federal Open Market Committee’s September rate-setting meeting Wednesday afternoon, although after the gold market’s close.