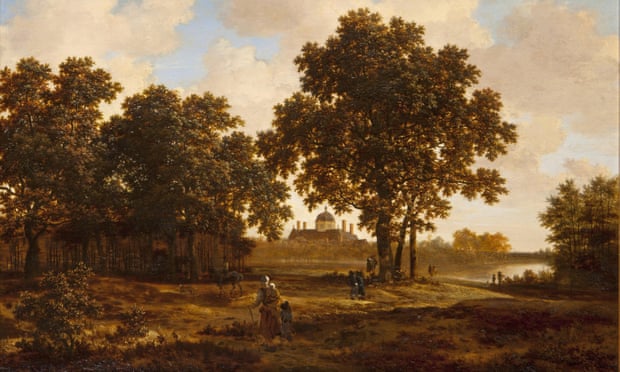 A project to return artworks stolen from Jewish families by the Nazi regime and its collaborators has discovered 170 such pieces in Dutch museums, including a painting in the royal collection.

Of the country’s major collections, only the Rijksmuseum in Amsterdam has yet to complete its search, despite a team of five experts working on it daily since 2012.

Forty-two of 163 institutions involved in the Museale Verwervingen project have found pieces that they suspect were stolen or confiscated under duress.

The works include 83 paintings, 26 drawings and 13 Jewish ritual objects believed to have been taken from their owners between 1933 and 1945.

Where the original owner’s claim has been validated by a restitution committee, the pieces have been returned to them or their relatives.

In 2015, the Dutch royal family returned a painting by Joris van der Haagen that had been bought by Queen Juliana from a Dutch art dealer in 1960 without her knowing its history, according to the royals.

The palace’s investigation into tens of thousands of artworks in the House of Orange’s collection brought to light convincing evidence that the owner of the van der Haagen painting, depicting a view of Huis ten Bosch Palace, had been forced to hand it over to a Nazi bank, Lippmann, Rosenthal & Co, in Amsterdam.

The most recent instance of a piece being returned involved a 16th-century bronze sculpture of Moses by the Italian sculptor Alessandro Vittoria, which was part of a collection held by the Hannema-de Stuers Foundation.

The piece was obtained by the collection’s founder, Dirk Hannema, between 1948 and 1952 in unknown circumstances. Hannema, a supporter of the Nazi regime, had been put in charge of Dutch museums in 1943 by the Berlin-appointed Reichskommissar, Arthur Seyss-Inquart.

The item was owned before the war by Emma Ranette Budge-Lazarus, a German who had American citizenship through marriage. Wealthy due to her husband’s role in the financing of the construction of American railways at the turn of the century, Budge-Lazarus was a generous donor to Frankfurt University and local charities.

She initially intended to leave her art collection to the city of Hamburg, but changed her will when Adolf Hitler became chancellor in January 1933. She died in 1937. At least one of her heirs was later put in a concentration camp and others fled. A large number of items, including the sculpture of Moses, were then put to auction.

Among the stolen pieces are Salome with the head of John the Baptist by Jan Adam Kruseman which is in the Rijksmuseum in Amsterdam, ‘De Bewening’ by Hans Memling in Museum Boijmans Van Beuningen in Rotterdam, and a watercolour entitled Bild mit Häusern by Wassily Kandinsky in the Stedelijk Museum in Amsterdam.

Chris Janssen, a spokesman for Museale Verwervingen, said: “This research is important to do justice to history. A museum can only show an piece of art properly if the story and history behind the object is clear.

“In other words: a museum must know which road a piece of art has travelled before it came to the museum. That’s the way possible to inform visitors in a good way.”

Asia petrochemical shares crash after heavy losses in US equities