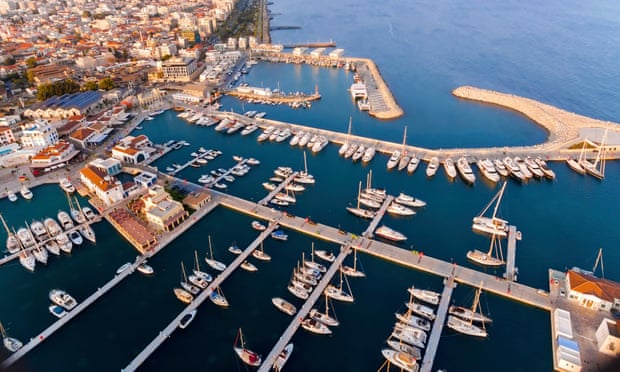 European governments have been accused of opening the door to criminals through lax sales of passports and visas to the super-rich.

The European Union had gained nearly 100,000 new residents and 6,000 new citizens in the last decade through poorly managed residency and passport sale schemes that were “shrouded in secrecy”, a report by Transparency International and Global Witness says.

The campaign groups studied four EU member states that sell passports and 12 that offer residency rights to foreign investors. Spain, Hungary, Latvia, Portugal and the UK have granted the most “golden visas” to investors and their families. But some of the EU’s smallest countries, Cyprus and Malta, earned the biggest sums relative to the size of their economies.

Most countries reveal limited details about the schemes, but a series of leaks have thrown light on the buyers, from the Brazilian business executive caught in a corruption scandal who obtained a Portuguese “golden visa”, to the Russian oligarchs who acquired Cypriot passports.

After the Salisbury poisonings, allegedly by Russian spies, the UK is considering restrictions on its “tier one investor visa” in an effort to curtail the influence of the Kremlin. Applications have already fallen since 2015, when candidates were asked to provide more information about their wealth.

In Hungary a scheme allowing residency in exchange for a €300,000 investment in government bonds was stopped earlier this year.

Campaigners said governments did not know enough about who was being allowed in.

“These schemes must have the highest standards of due diligence checks, so that countries know who they are welcoming in and where their money came from,” said Naomi Hirst, senior campaigner at Global Witness. “Unfortunately, that is not what we are seeing.”

“This approach exposes countries to corrupt individuals, and risks the corruption of the state itself as profit-hungry governments disregard the dangers and enter into a race to the bottom.”

The claims were supported by the Portuguese MEP Ana Gomes, who is the vice-chair of the European parliament’s special committee on financial crimes, tax evasion and tax avoidance. She told the Guardian: “You can have sophisticated presentations on why such schemes are economically useful but, of course, they are totally exploitable by criminal networks, because the due diligence is almost never done by member states.”

The European commission has promised to carry out a detailed fact-finding study into citizenship schemes by the end of the year. It launched an investigation after receiving complaints that the schemes would compromise EU security because a citizen of one member state has the right to move freely around the other 27.

The campaigners said they wanted EU-wide standards on transparency and due diligence, with the threat of legal action against member states that flouted the rules.

Calvin Klein fragrance could be used to lure killer tiger