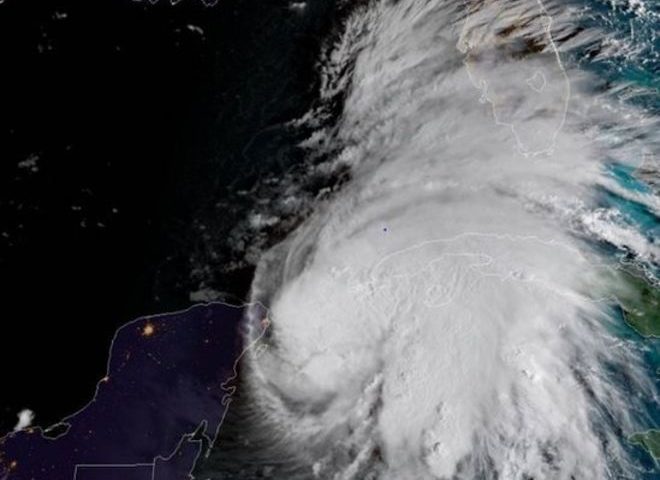 Officials are warning residents along Florida’s gulf coast to prepare for a possibly “life-threatening hurricane”, which is due to strike later this week.

Hurricane Michael may reach category three strength before it arrives in Florida, possibly on Wednesday, and will then move up the US East Coast.

Michael, which is the 13th named storm of the season, is already lashing Cuba with strong winds and heavy rains.

Officials in areas hit by Hurricane Florence warn of damage from the rains.

North Carolina may receive 1 to 3in (2 to 7cm) of rain, officials say, which could trigger flash flooding due to the existing level of saturation in the ground from Hurricane Florence, which struck North and South Carolina last month. 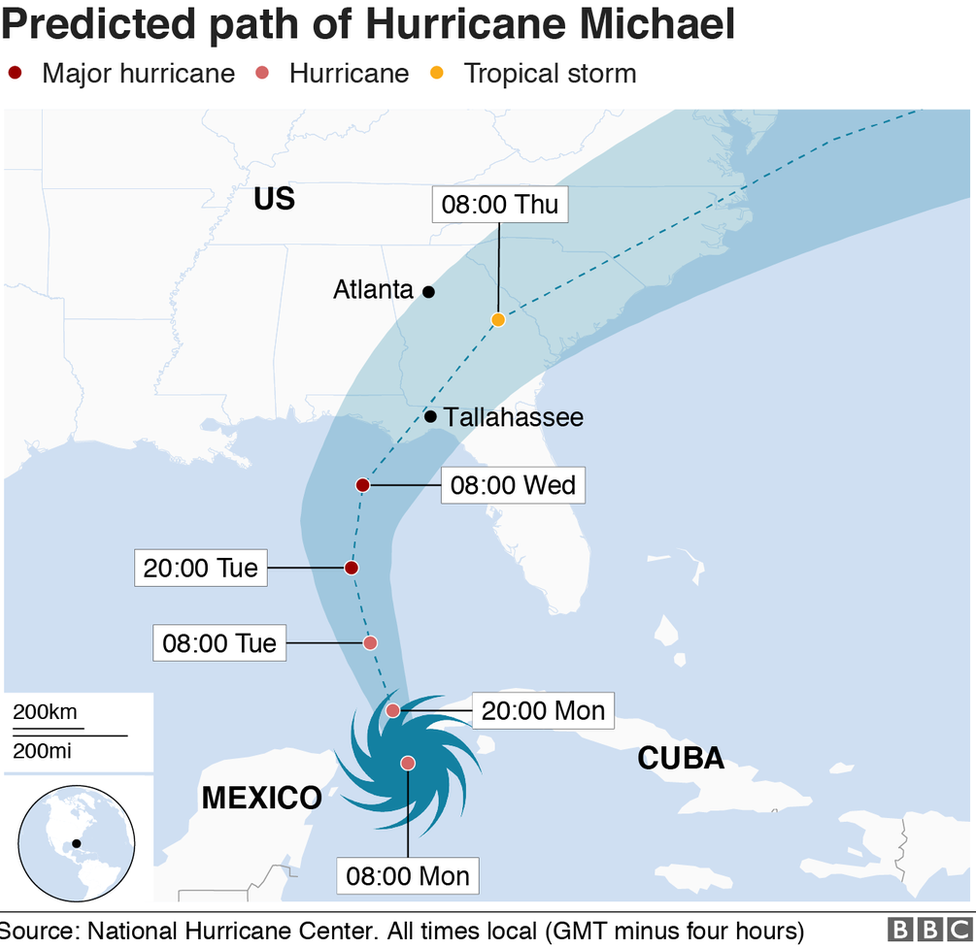 Michael’s current wind speeds are 75mph (120km/h). It is approaching the US at a pace of 7mph.

Forecasters with the US National Hurricane Center in Miami warn that the hurricane will continue to move over warm waters, which may cause it to generate winds reaching 111mph by Tuesday night.

Parts of Florida may receive up to 12in of rain, leading to the possibility of severe flooding.

Florida Governor Rick Scott, who suspended his Republican campaign for the US Senate to deal with the approaching storm, issued a state of emergency for 26 counties of Florida on Sunday.

“This storm will be life-threatening and extremely dangerous,” Gov Scott said after he received a briefing at the state’s emergency management centre.

The city of Tallahassee has opened two locations for residents to pick up sandbags in anticipation of flooding.

“While the impacts are still uncertain, our area could experience increased wind activity and heavy rainfall, which could cause localised flooding and downed trees,” Tallahassee officials said in a statement.

Tallahassee Democratic Mayor Andrew Gillum, who will face off against Gov Scott in the November election, has also suspended his campaign and returned to the northern Florida city to help with storm preparations.

Florida State University, which is in Tallahassee, announced it was shutting down its campus after midnight on Monday, and will remain closed for the rest of the week.