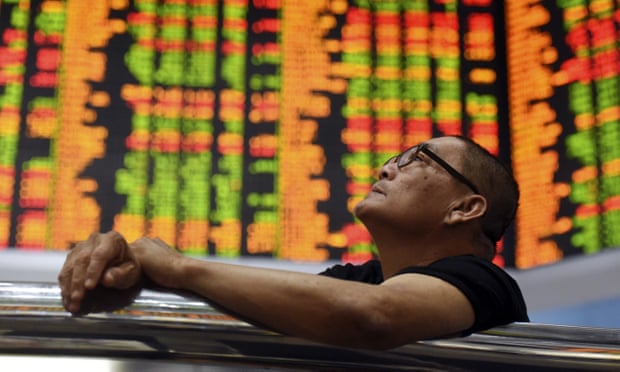 Mounting concern about the inflationary impact of falling US unemployment has sent tremors through global financial markets amid fears that the long post-financial crisis rally in asset prices is nearing its end.

Shares on Wall Street fell sharply as investors predicted that the monthly official payroll report out on Friday would show that the drop in unemployment was leading to pressure for higher wages.

The Dow Jones Industrial Average dropped for the first time in six days. The more broadly based S&P 500 also fell and the technology-heavy Nasdaq was down nearly 2%, its worst performance since June. They managed to rally slightly before the closing bell but all eyes will be on Friday’s job report. And good news for employees may be bad news for investors.

Asian markets followed suit on Friday with Tokyo, Hong Kong and Seoul all in the red. Although the US dollar took a pause ahead of the payroll numbers, currencies in Asia Pacific were under pressure again against the greenback. The Australian dollar hit a 32-month low of US70.59c while in India the central bank was expected to raise borrowing costs to bolster the struggling rupee.

The Federal Reserve has already raised interest rates eight times in the past three years in order to head off the threat of higher inflation, but its chairman, Jerome Powell, said on Thursday the economy could expand for “quite some time”.

Markets saw Powell’s remark as a strong hint that further policy tightening was in prospect, with the threat of tougher action from the Fed having a marked impact on emerging markets, which borrowed heavily in dollars when interest rates were at rock-bottom levels in the years after the crisis.

The Indian rupee fell to an all-time low against the dollar on Thursday morning of 73.77, while in Indonesia – host for next week’s annual meeting of the International Monetary Fund – the rupiah plunged to a 20-year low.

Tension has been building in the markets all week as a succession of US data has shown the world’s biggest economy growing strongly. Consumer confidence, a health check on the service sector and private-sector jobs growth have all pointed to continued solid expansion.

Higher oil prices have also stoked fears of rising inflation. Although the cost of crude fell slightly, American sanctions against Iran have helped to push the price of a barrel of Brent crude to more than $85 a barrel.

Bond yields also rose across Asia in a tightening of market conditions that is dangerously out of step with what is happening in the local economies.

“A simple dynamic is playing out in the global economy right now – the US is booming, while most of the rest of the world slows or even stagnates,” said HSBC economist Kevin Logan.

“A Federal Reserve that is raising rates to prevent the US economy from overheating is constraining the policy options of countries where financial conditions are tightening and trade tensions intensifying.”

Investors now see an 80% chance of a Fed hike in December and have revised upwards their expectations for how high rates may eventually go.

Yields on 10-year Treasury debt were at 3.232% on Thursday, a fresh increase after Wednesday saw the steepest daily increase since the US presidential election in November 2016.