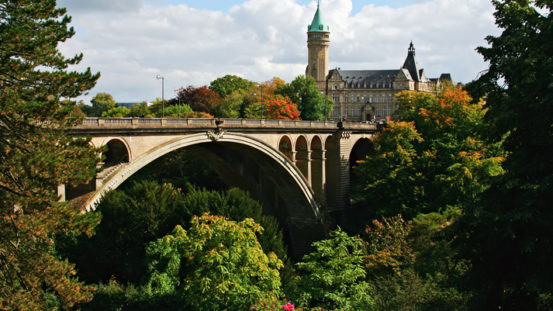 As buying sentiment towards GEM and Asian equities trends lower, Luxembourg selectors take the opposite view

Luxembourg fund selectors have gone against the grain in Europe and are keen to increase their holdings of global emerging markets (GEM) and Asian equity funds as selectors across the rest of region look elsewhere over the 12 months to June 2019, according to Last Word Research.
The latest asset class research found that Luxembourgers net sentiment towards Asia ex. Japan equities funds jumped 40% during Q2 this year, compared to a 3% sentiment drop for pan-Europe.

Similarly, Luxembourger sentiment for GEM equity funds increased by 12% during Q2 over the previous quarter, compared to a 16% drop in sentiment for pan-Europe.

GEM over US equities

“These are regions where you see more growth with less demanding valuations than in the US or Europe,” he said.

“We are more positive on the bond side for yields over equities as equity markets except the US have not performed well.”

However, Greyer was not keen on US equities as most equities have priced in prospective future developments already, especially in the technology sector.

“US earnings growth will really disappoint next year and then it will be really hard to justify huge valuations, especially with short term yield rates at probably 3% next year in the US,” he said.

He said he was taking advantage of the recent EM currency crisis impact on yields by buying local currency debt, and was not worried about Turkey or Argentina.

Greyer said that selectors should not fully rely on the same fund managers even if they had absolute conviction.

“Sometimes people stick to a fund because they like the manager but they need to keep their eyes open for new opportunities – they’re not married to the fund and they’re definitely allowed to look around,” he said

Greyer said his favourite Asia equity fund at the moment was Schroder International Selection Fund Asian Total Return A Accumulation. He said he liked the fund because it had a unique structure that used options to create protection during down markets.

The fund returned 36.4% for the three years to 30 September 2018, beating the Asia Pacific ex Japan sector which returned 22.7% over the same period, according to FE Analytics.

Greyer said he also liked Degroof Petercam L Bonds Emerging Markets Sustainable F fund as it always returned better in both down and up markets as it avoided politically and economically risky countries.

The fund returned 16.7% over the three years to 30 September 2018, beating its fixed interest emerging markets sector that returned at 5.1%. 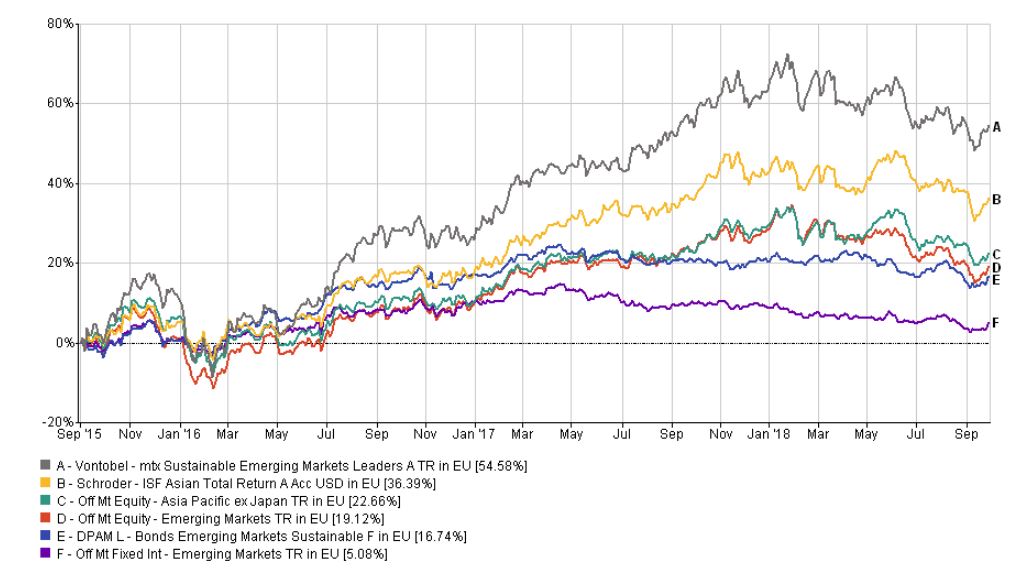 Equities have been under pressure on hawkish Fed Chair Powell