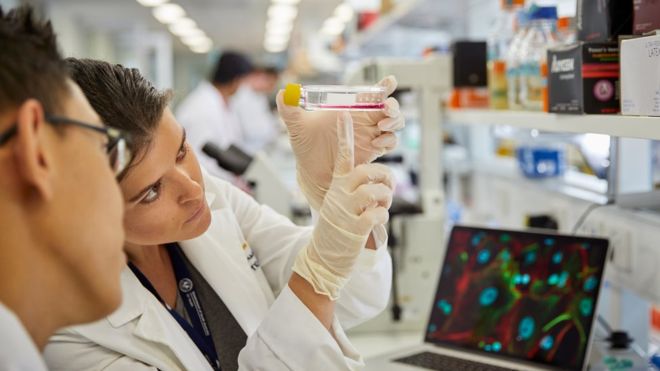 Australia will become the first country to effectively eliminate cervical cancer if vaccination and screening rates are maintained, researchers say.

The disease could be eradicated as a public health issue nationally within 20 years, according to new modelling.

It is predicted to be classified as a “rare cancer” in Australia by 2022, when it should drop to less than six cases per 100,000 people.

In 2007, Australia became one of the first countries to introduce a Human Papilloma Virus (HPV) vaccination scheme for girls. The programme was later extended to boys.

It complemented a national screening programme that began in 1991.

The new modelling was published by the Cancer Council New South Wales (NSW), a charity, in The Lancet Public Health Journal on Wednesday.

Cervical cancer is caused by “high-risk” types of HPV, a sexually transmitted infection. It is the fourth-most frequent cancer in women and has a high mortality rate globally, according to the World Health Organization (WHO).

The study predicted that annual cases in Australia would drop to four in 100,000 by 2035 – a potential elimination threshold, the researchers suggested.

The WHO has not yet established such a standard for when cervical cancer becomes so uncommon it is deemed eliminated.

“Regardless of what the [elimination] threshold is, it is likely Australia would be the first country to reach it given our current low rate of cervical cancer, and our strong prevention programmes,” Dr Megan Smith, a researcher from Cancer Council NSW told the BBC.

Researchers have estimated that the switch to the new test, conducted only every five years, will reduce cancer rates by at least 20%.

According to the WHO, about nine in 10 deaths from cervical cancer happen in low and middle-income countries.

What is the Human Papilloma Virus (HPV)?

•HPV is the name given to a common group of viruses; there are more than 100 types of HPV

•In the vast majority of cases, there will be no symptoms and the infection will clear on its own, but in some cases persistent infection can lead to cervical disease

•Other lower risk HPV types can lead to genital warts

•Nearly all cervical cancers (99.7%) are caused by infection from a high risk HPV