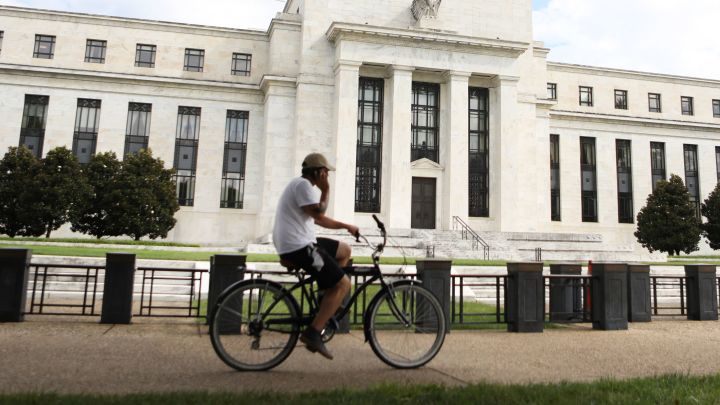 We haven’t learned the lessons of the 2008 financial crash, a leading economist told in an interview.

Speaking on “Squawk Box Europe,” Lawrence Ball, the Johns Hopkins University economics professor and author of the book “The Fed and Lehman Brothers: Setting the Record Straight on a Financial Disaster” spelled out his fears for today’s economy.

While some economists believe that the improvements made since 2008 should prevent a similar crisis, and many market players lament what they see as over-regulation, Ball stressed what he felt was the necessity of robust rules in the banking industry.

Asked what his greatest fear was for financial markets, he replied: “Another crisis similar to or worse than what we saw 10 years ago because of inadequate regulation or unwillingness to have the government and Fed step in when they need to.”

Some in Ball’s camp have expressed alarm over Donald Trump administration’s efforts to roll back Barack Obama-era regulations put in place in the wake of the 2008 crash, namely the Dodd-Frank Act.

The Dodd-Frank Wall Street Reform and Protection Act placed major regulations on the financial industry to reign in the excessive risk-taking that led to the crisis. It created the Financial Stability Oversight Council, subjected banks with the possibility of being broken up if deemed “too big to fail,” and aimed to protect consumers with rules preventing abusive lending and mortgage practices by banks. It also enabled the Fed to make large banks increase their reserve requirements, or the money they hold that’s not being used for lending or business costs.

“I’m afraid because of the political situation in the U.S. today, we’re moving in the wrong direction of reducing regulation. We should’ve learned that more regulation is needed,” Ball said. “What we also should’ve learned is the last resort in a crisis is for the Federal Reserve to lend money. And that, unfortunately, is unpopular as well.”

The banking sector is in much better health than it was a decade ago. Economists have pointed out that solvency and liquidity positions have significantly increased, resolution regimes are in place, and the chief risk officers have a key role in the management of banks.

“There’s certainly been a lot of regulation thrown at the banking system to try to make it safer. So banks have considerably larger capital buffers now than they had before the crisis, which means they could absorb more losses than was the case going into the crisis,” Charles Bean says, a professor at the London School of Economics.

Still, many believe that solvency isn’t as high as it should be, and some European banks, in particular, still suffer from legacy issues like non-performing loans and misconduct fines. And large banks, in general, are struggling to increase profitability.

Meanwhile, Dodd Frank failed to address issues such as shadow banking, or lending and other financial activities by unregulated bodies. And whether the regulations have made the system resilient enough to handle the failure of a large multinational bank is still “an open question,” Bean said.

But many banking professionals believe it’s time to cast off some of Dodd-Frank’s rules, pointing to the Fed’s required stress tests on big banks as a major constraint on bank capital and thus lending. They argue that allowing lenders to provide more credit would boost the economy. Opponents of that argument warn of an impending credit bubble.

Now, with a greater debt burden than in 2008, record low interest rates and highly accommodative monetary easing, many like Ball worry there won’t be enough gas in the tank if things start to break down again.

Central banks’ balance sheets have taken on trillions of dollars. Far higher debt and deficit levels than those of a decade ago mean there is less insulation in the event a potential stimulus package is needed. And, meanwhile, banks are spending increasing amounts of money lobbying for greater liberalization.

But one constant is that economists can’t agree on where the next financial downturn might come from, or how different it will be from the last.

“I think many people learned that it can be very dangerous to have insufficient financial regulation,” Ball said. “Economists have always known this but we were reminded that if regulators are not vigilant enough in preventing certain kinds of risky behavior, that that can be catastrophic.”

Recession risk is ‘below average’ for the next three years, Goldman says