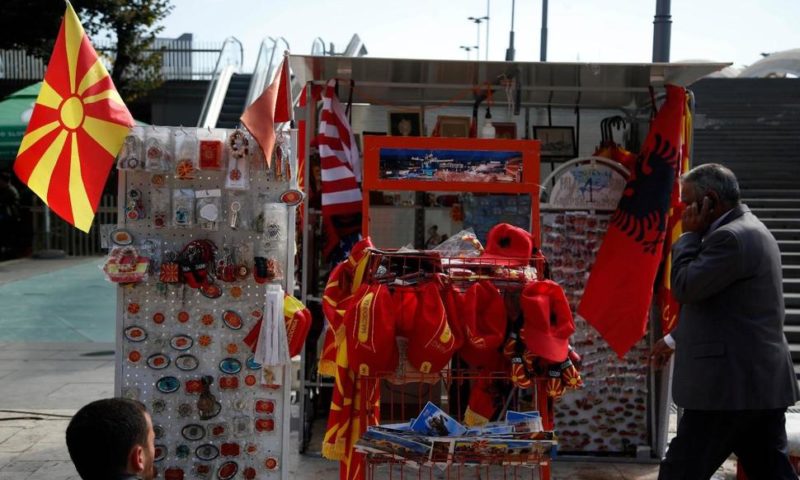 Macedonia’s government prepared for a political battle Monday to push through a deal with Greece that would ultimately pave the way for NATO membership, after the agreement won overwhelming support in a voter referendum, but with low voter turnout.

SKOPJE, Macedonia — Macedonia’s government prepared for a political battle Monday to push through a deal with Greece that would ultimately pave the way for NATO membership, after the agreement won overwhelming support in a referendum but with low voter turnout.

The European Union, NATO, U.N. secretary-general and the United States urged the small Balkan nation country to move forward with the next steps required to enact the deal. Macedonia’s international partners have been eager to see the country join international institutions, in a region where Russia hasn’t been keen on NATO picking up new members.

Final results from Sunday’s referendum showed that among the 36.9 percent of registered voters who cast ballots, 91.4 percent supported the deal that would change their country’s name to North Macedonia. In return, Greece would drop its longstanding objections to its northern neighbor being considered for NATO membership.

Macedonian Prime Minister Zoran Zaev, declared the referendum a success and said he would move forward with the next step: seeking a two-thirds majority in the 120-member parliament for required constitutional amendments.

If the amendments do not pass, Social-Democrat Zaev said he would have no choice but to call an early election.

Opponents of the deal with Greece, arguing that it undermined national interests, had advocated a voter boycott of the referendum. They seized on Sunday’s low turnout as evidence of the agreement’s rejection.

In a televised address, Macedonian President Gjorge Ivanov, a conservative opponent of Zaev’s, described the referendum as a failure and insisted the country deserved to join NATO, and ultimately the European Union, without changing its name.

“Do not try to change this reality. Do not underestimate the sovereign will of the Macedonian people,” Ivanov said. “And the reality is that the referendum is unsuccessful.”

International observers, headed by the Organization for Security and Cooperation in Europe, said fundamental freedoms were “respected throughout the campaign” for the referendum.

But Macedonia’s State Electoral Commission cast doubt on the result.

Commission head Oliver Derkoski said the Macedonian Constitution stipulates a minimum 50 percent turnout for a referendum to be considered binding.

The government has insisted the turnout threshold was not relevant, saying it called the referendum consultatively to provide an indication of popular opinion. It also argued that the outcome was a valid reflection of voters’ will, saying the more than 600,000 people who voted in favor of the deal was far more than the number that had voted for any politician in Macedonia’s short history.

Macedonia’s international partners called for parliamentary support for the deal.

“We urge leaders to rise above partisan politics and seize this historic opportunity to secure a brighter future for the country as a full participant in Western institutions,” U.S. State Department spokeswoman Heather Nauert said .

EU Enlargement Commissioner Johannes Hahn tweeted he expected “all political leaders to respect this decision and take it forward with utmost responsibility and unity across party lines.”

U.N. Secretary-General Antonio Guterres said the overwhelming support from Macedonians who voted “is important” and urged “all political forces in the country to proceed with implementation,” according to a statement from U.N. deputy spokesman Farhan Haq.

Guterres reiterated the U.N.’s commitment “to provide all necessary support, if required” including through his personal envoy and U.N. agencies, Haq said.

The Greek government said the low turnout was “troubling,” but stressed the importance of the name deal clearing the next major obstacle.

Macedonia’s government will spend seven to 10 days seeking the necessary support from lawmakers to move forward with the deal, Defense Minister Radmila Sekerinska said. It could be an uphill battle.

“I think it would be very difficult for the prime minister to reach the deal with the opposition lawmakers over the constitutional changes and to continue with the next phase,” Political analyst Petar Arsovski said.

“Unfortunately, as opposed to providing closure, the referendum still leaves the country in turmoil … I think Macedonia is entering into uncertainty and that the crisis will deepen.”