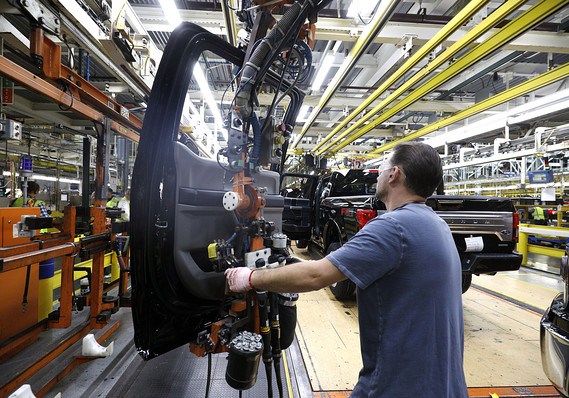 Another jobs report, another close look at wages.

The last jobs report was notable for what seemed to be evidence that, finally, America’s workers are seeing accelerating pay. That report showed average hourly earnings rising 2.9% in the 12 months ending August, as well as a healthy 201,000 gain in nonfarm jobs.

The unemployment rate may fall a notch to 3.8% from 3.9% in August. See economic calendar

The one wrinkle to the jobs report is the impact from Hurricane Florence.

By keeping people out of work, the hurricane that hit North and South Carolina may increase hourly pay, since it’s often low-income workers who are unable to get to their jobs in inclement weather. Salaried workers are generally paid whether they show up or not.

That’s what happened after Hurricanes Harvey and Irma made landfall in 2017.

“Note that while weather distortions tend to bias headline payrolls lower, wages could actually be biased higher as lower-paid hourly workers drop from the survey but salaried employees continue to collect wages. This, alongside positive day-of-week effects, is the reason behind our forecast for wages to rise 0.3% month-to-month with a bias higher,” said economists at TD Securities.

What hurricanes boost in pay, they depress in hours worked. Most economists aren’t expecting hours worked to change.

Another key issue: manufacturing employment, which fell by 3,000 in August. Manufacturing is a particular source of interest given the White House fights with China, Canada and other nations over trade.

The trade gap in goods in August rose to a six-month high as exports fell. The final trade figures for August, including trade in services, will be released on Friday, with economists looking for an increase to $53.7 billion, also a six-month high.

“Continued weakness in manufacturing employment could be an early indicator of trade tensions negatively impacting the U.S. economy,” said economists at Nomura in a note to clients.

The week has a host of other key indicators set for release, including the Institute for Supply Management’s manufacturing and non-manufacturing indexes, vehicle sales and construction spending.

A number of Federal Reserve officials are due to speak after the central bank’s eighth rate hike of the cycle. Fed Chairman Jerome Powell is due to deliver a speech to economists at a Boston conference on Tuesday.

Bulls push US equities ever higher

Down to the wire, U.S. and Canada keep talking about Nafta