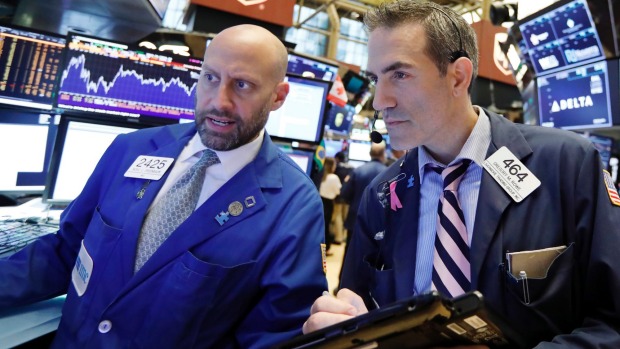 These are trying times for the “Fed Model”. This is not necessarily a problem for the Federal Reserve, and perhaps should not be surprising, but it does show that some assumptions that have long been taken for granted now need to be questioned.

The Fed Model, for the uninitiated, is the name given to the theory that bond yields will move in line with earnings yields on stocks. The earnings yield is the inverse of the price/earnings ratio, and so effectively shows the “yield”, or percentage return, you might expect to get in terms of earnings from stocks.

In itself, there is nothing wrong with the idea. Investors have a choice between bonds and stocks. If the yield on bonds rises, then stocks will need a higher yield to compete with them. Thus, prices will need to go down. It follows that higher bond yields are bad for stocks.

But last week, US bond yields have risen sharply — and the response of the stock market has been to set another record. Not only that, but the higher yields should attract money into the US, and so push the dollar upwards — and yet the dollar has sharply weakened. This at least shows that the Fed Model is not as immutable as the laws of physics. It is worth going into deeper detail.

The idea that bond yields drove stock valuations was labelled the “Fed Model” because Alan Greenspan at times appeared to be applying it while giving testimony when he was in charge of the Fed in the 1990s.

For two decades, roughly throughout the 1980s and 1990s, the relationship seemed firm; armed with the Fed Model, plenty of investors stayed invested for the great bull market of the 1990s.

The problem is that the relationship broke down completely during the dotcom bubble, when stocks became insanely expensive despite belated attempts by the Greenspan Fed to tighten conditions.

Since then the two lines on the chart have had almost nothing in common with each other. As Andrew Smithers once pointed out in these pages, it was probably more accurate, given the full history, to say that there never was a relationship.

Despite this, there are clear reasons why a sharp rise in bond yields, all else equal, should be bad for stocks. Quite apart from encouraging investors to switch from stocks to bonds, rising interest rates also make it harder to service debts and to raise capital, which might both be reasons for share prices to go on.

Fed Model psychology was on display earlier this year as US and world stocks enjoyed a euphoric surge following the cut in US corporate tax. Then bond yields rose, data on the labour market suggested inflationary pressures were back, implying higher interest rates and even higher bond yields in future, and stocks fell.

Outside the US, most markets have barely started to recover. Even in the US, it took more than six months for them to regain their peak. From this, it is fair to infer that many equity market investors still find rising bond yields very scary. In the past few weeks, we have had data suggesting that the US labour market might overheat, and a rally in US bond yields. That rise has outstripped rises in yields for bonds of other countries.

This is a very recent turnaround. During September, the correlation between the strength of the dollar against key trading partners, and the spread of Treasury yields over German Bund yields, has been strongly negative. For the year until September, it had been strongly positive, according to BNY Mellon.

Marvin Loh of BNY Mellon suggests that this combination of circumstances could show growing concerns about a rising US deficit and inflation (which would weaken the dollar and push up bond yields, but might prompt investors to buy stocks as an inflation hedge). Or it could suggest that other central banks will quickly catch up with the Fed. But “it is hard to see all how all these stretched relationships can exist harmoniously for an extended period of time”.

Another possibility is that we need to ask what caused bond yields to rise. Logically, if people are optimistic about the economy, and comfortable taking risk, then they will sell bonds to buy other securities — and push up yields in the process. Rising bond yields can be a sign of returning risk appetite and optimism for the economy.

This is the possibility suggested by Alan Ruskin of Deutsche, and it makes eminent sense. He suggests that risk is indeed driving yields, and it is also prompting investors to buy emerging market currencies. In such circumstances, higher bond yields can coexist with a weaker dollar and strong stocks.

The question now becomes why we have seen the return of risk appetite. First, the sheer strength of the US jobs market implies not only more inflation and higher rates but also growth.

And the latest developments in the trade conflagration have arguably been less dire than had reasonably been feared.

If this latest move has been driven by optimism, it follows that optimism needs to be confirmed. If the US labour market keeps strengthening and trade tensions subside, the odd disjunction in markets can continue.

Should the Fed continue tightening and trade tariffs begin to bite into the economy, however, the Fed Model could reassert itself, and higher bond yields would be greeted by cheaper stocks.

The Current State Of U.S. Equities