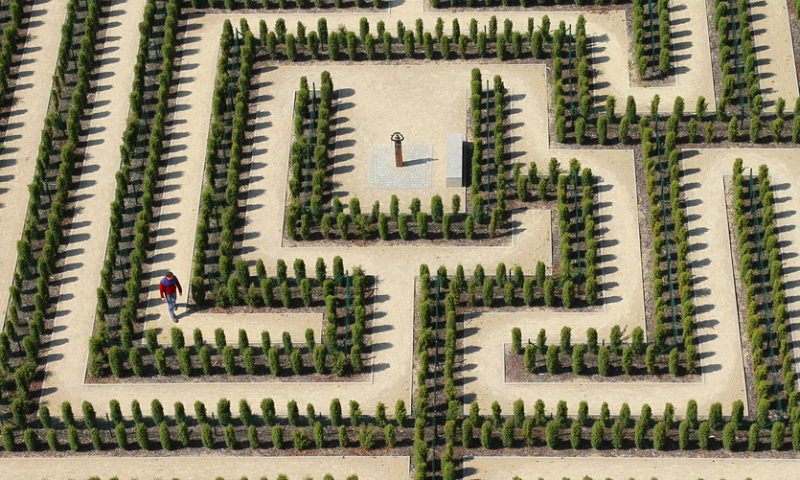 The rules for claiming Social Security retirement benefits have become so complicated that it’s practically impossible for the typical near-retiree to navigate the system intelligently. Get this: The Social Security handbook has nearly 3,000 rules.

When to claim Social Security: A theme for retirement researchers

Social Security’s complexity was a key theme of the Retirement Research Consortium annual meeting I attended in Washington, D.C. in August. The concern at the conference was that the tangled rules are keeping many people — especially couples — from getting the most out of the Social Security benefits they earned. In recent years, researchers have shown that married couples can face several thousand possible when-to-claim combinations.

Let me tell you about the results from the paper presented at the conference, “Social Security Household Benefits: Measuring Program Knowledge.” Economists Katherine Carman and Angela A. Hung of the Rand Corp. created a survey on Social Security spousal and survivor benefits to learn more about these three issues:

Most survey respondents got the answers wrong. On average, they were only correct on 33% of questions about spousal benefits and 32% on survivor benefits. Nearly one in five (18%) wrongly believed that someone who never worked can’t claim benefits even if his or her spouse is entitled to Social Security.

“Overall, knowledge of spousal and survivor benefits is low,” Carman said. “The policy implication is that couples may not be planning optimally for retirement.”

How did we get here? And are we stuck in this morass forever?

Social Security’s current complexity isn’t by some nefarious design. It’s a function of frequent modifications since President Franklin Roosevelt signed Social Security into law in 1935. Many of the changes have actually been geared toward making benefits fairer and more equitable.

“Complexity has a cost,” says Laith Alattar, social science research analyst with the Social Security Administration. “Maybe we should think over the next 20 years when we reform Social Security: Do we need all the complexity?”

Sad to say, potential claimants can’t rely on the Social Security Administration for guidance. The agency is terribly short-staffed and maddeningly overwhelmed.

Since 2010, the Social Security Administration’s core operating budget has been cut by 9 percent, adjusting for inflation, according to Kathleen Romig, senior policy analyst of the Center for Budget and Policy Priorities. Those budget cuts translate into a 12% reduction in staff, closed field offices and shortened office hours. Little surprise, then, that callers to Social Security often don’t get answers to their questions. (Note to Congress: The ranks of people eligible to file for Social Security is rising. Cutting into Social Security’s budget makes no sense.)

One suggestion: Focus on framing

“Choice architecture is a tool,” she said. “Plan design can influence decisions.”

Madrian suggested that one way financial advisers and online tools to make claiming decisions could combat the benefits complexity problem is by focusing on framing. For instance, a Social Security checklist for choosing when to claim benefits could begin with a statement: “Since people usually need more money to spend on medical bills as they get older, I’ll delay taking Social Security as long as possible.”

Sentences like that guide people toward later filing and plumped-up retirement benefits. By contrast, a checklist that opens with “I want to collect benefits as soon as possible because Social Security may run out of money soon,” encourages earlier claiming.

Meanwhile, what should you do when you want start investigating your Social Security options?

Fortunately, there are plenty of helpful resources to tap. Among them: the Social Security Claiming Guide Center pamphlet by the Center for Retirement Research at Boston College. It covers the basics clearly and well. For a deeper dive, pick up a copy of “Get What’s Yours.”

Perhaps most valuable are the increasingly sophisticated online Social Security calculators. Free ones like those from AARP and mutual-fund company T. Rowe Price TROW, +0.30% are useful for starting to explore benefits.

However, for near-retirees facing additional options — married couples, divorced people, widows and widowers — the more comprehensive calculators that charge a fee are worth investigating. Among the better programs, I think: Maximize My Social Security, Social Security Solutions and Social Security Advisors.

They won’t make your claiming decision simple, but at least they’ll help you make the right one.

Dollar bounces back from tariff-induced low as Treasury yields rise