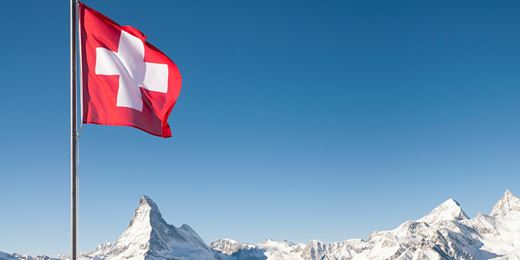 Swiss collective pension investment foundations (IFs) – Anlagestiftungen or fondations d’investissement – will in future be allowed to hold more than 50% of their assets in equities given the low-interest rate environment, according to a new draft law.

Pension funds are also to be given more say in board decision-making at the foundations.

Under current regulations, IFs offering mixed portfolios have to keep their equity allocation below 50% and are also restricted in diversifying into alternative asset classes.

A new legal draft put forward by the Swiss federal government for consultation is now set to change this.

The changes to the law governing the foundations – the ASV (Anlagestiftungsverordnung) – would allow them to have an equity weighting of more than 50% and also raise the cap on alternative assets to 25%.

The federal government said these steps had become necessary in the current market environment.

“With the planned new regulation Anlagestiftungen can better serve these demands,” he added.

Other proposals include allowing direct investments in alternative assets.

In a statement, the BSV said that changes to the legal framework would help IFs compete with fund providers.

The Anlagestiftung association KGAST welcomed the proposals, saying in a preliminary statement on the legal draft that changes had been long overdue and a problem since the law was passed back in 2012.

“It has always been incomprehensible why Anlagestiftungen,which are operating for Pensionskassen, are disadvantaged in their investment options compared to their own investors – most of this will now be amended,” KGAST said.

The association promised a more detailed assessment as part of the consultation phase, which ends on 14 December.

Another major area of regulatory overhaul for the foundations is governance, with pension funds set to be given more say in the decision-making process.

Steiger noted: “The aim is to strengthen the position of investors in general.”

He said there were no particular cases which had triggered these amendments.

“But the new regulation can help with clarifications in case of conflicts”, he said.

Investment foundations – vehicles in which Pensionskassen pool their assets to invest in certain funds or direct investments – have exisited since the 1960s, but it was only in 2012 that a unified legal framework for these vehicles was created.

Demand had increased in recent years, especially for real assets.

Some focus on single asset classes such as real estate or infrastructure, while others offer mixed portfolios.

U.S. Equities: Stage Is Set For A Cyclical Correction