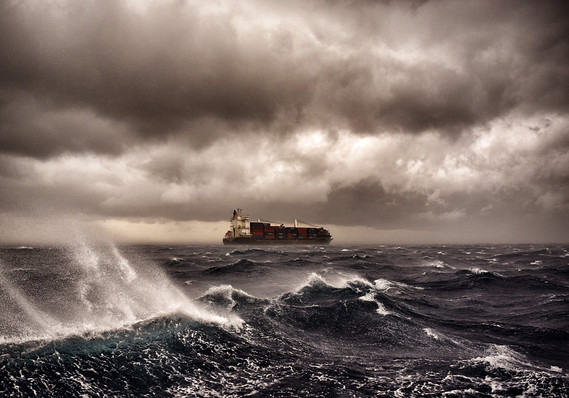 Hurricanes like Florence often disrupt economy, but only briefly

The damage caused by hurricane Florence could muddy the picture on the economy in the next month or two, but make no mistake: The U.S. is still growing rapidly and little is standing in its way.

Big storms usually cause hiccups in consumer spending and hurt businesses in the affected regions. Notable examples include Irma, Maria, Sandy and Katrina. Yet the effects on the gigantic U.S. economy rarely last long.

What’s more, a variety of barometers showed the economy was still running full-steam ahead in the runup to the storm. Layoffs dropped to a 49-year low, consumer sentiment surged close to a 14-year high and American factories pumped up production.

“Consumers are finally a confident bunch,” said chief economist Scott Anderson of Bank of the West.

Economists polled by MarketWatch predict gross domestic product — the official measuring stick of U.S. growth — is on track to expand at least 3% in the third quarter after a frothy 4.2% gain in the spring. Some estimates even suggest another 4% gain.

The spurt of growth has induced higher inflation, however, and that’s got the Federal Reserve alert for damage control. The central bank is all but certain to raise U.S. interest rates in a few weeks as an insurance policy of sorts to help prevent inflation from getting out of hand.

A dollop of mostly minor economic reports this week won’t do any to alter the big picture.

A pair of Fed surveys in the New York and Philadelphia regions will provide the first peak at how fast factories are growing in September, but little letup is expected. The biggest “problem” most manufacturers face is finding enough skilled workers so they can boost production to meet rising sales.

Construction on new homes, meanwhile, is still increasing, just not as fast as it was a few years ago. Higher prices and mortgage rates are cutting into sales and a lot of pentup demand after the Great Recession a decade ago has been sated.

The light economic calendar means Wall Street will pay even closer attention to the aftermath of Florence and the latest trade negotiations between the U.S. and Canada and China.

Fresh tariffs or a breakdown in talks remain the biggest dangers for a U.S. economy that appears to be growing at the fastest pace in almost a decade and a half.

A survey of consumer sentiment, for example, found that one-third of respondents in September said what worries them most about the economy are ongoing trade tensions. Whether it’s soybean farmers in Iowa, auto workers in Michigan or milk producers in New York, a lot of Americans stake their livelihoods on trade.

Businesses, for their part, have grown increasingly alarmed. More of them are petitioning the Trump White House to tone it down.

Companies might be less willing to initiate investments badly needed by the U.S. economy if they are uncertain of where they’ll sell their products and at what price.