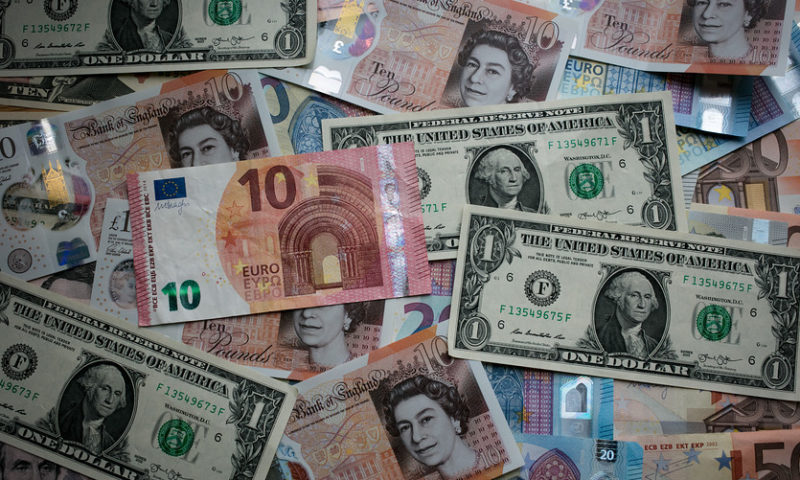 The U.S. dollar weakened against many of its major rivals on Thursday following a lower-than-expected reading for consumer price inflation.

The August consumer-price index rose 0.2%, compared with an expected 0.3% monthly rise. Core CPI for the same month came in 0.1% higher, versus the expectation of 0.2%.

In addition to inflation data, first-time jobless claims for the week ended Sept. 9 came in at 204,000, slightly below expectations. The August budget deficit nearly doubled to $214 billion.

Elsewhere, it was all about central banks on Thursday. Both the Bank of England and the European Central Bank left their interest rates unchanged, in line with market expectations.

Still, the “surprise fall in U.S. inflation trumped both European announcements, sending the greenback lower as the markets concluded that the Fed too could pause its rate hikes after September’s planned rise,” said David Lamb, head of dealing at Fexco Corporate Payments.

Meanwhile, the Central Bank of the Republic of Turkey surprised investors with a 625 basis point hike of its benchmark interest rate, lifting the one-week repo rate to 24% from 17.75% before.

“In doing so the central bank aims at sending a clear signal of independence and credibility to international financial markets,” wrote Agathe Demarais, principal economist at the Economist Intelligence Unit.

The CBRT has been in focus in light of Turkey’s currency crisis and President Recep Tayyip Erodgan’s dislike of higher interest rates. Market participants believe that aggressive rate hikes would be one way for the Turkish lira USDTRY, -0.0329% to get back on solid ground, but the politics show a different reality.

“However, the lira will remain under pressure in the coming months owing to tightening global liquidity conditions and tensions between Turkey and the U.S.n addition, Turkish corporates remain highly indebted in foreign currency, which means that the local currency value of their debt repayments has spiked over the past few weeks,” said Demarais. If Turkish companies would be unable to repay their debts, it could weigh on economic growth.