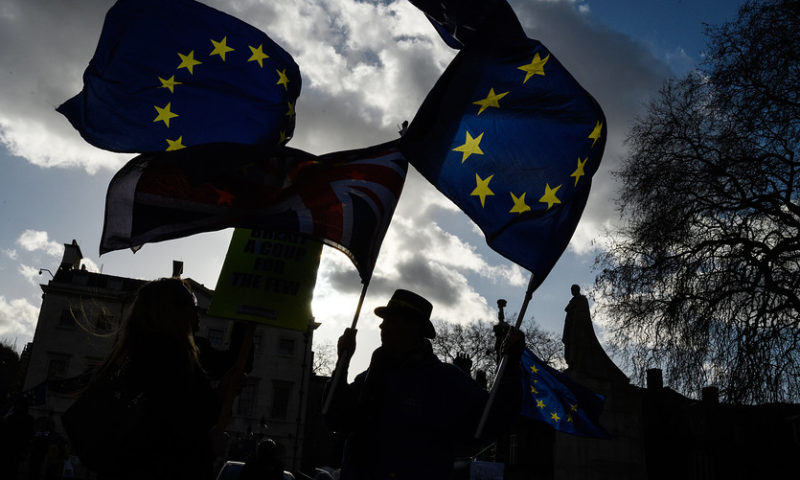 The pan-European gauge is showing a drop of 3.1% for the year to date.

The British currency has been drawing buyers this week as traders become more optimistic that a Brexit deal could be reached soon. It’s up about 0.9% against the dollar so far this week.

Europe’s rally comes after U.S. stocks closed higher Tuesday, with energy and telecom shares helping to lead the way up.

But trade worries continue to bubble below the surface as investors track the tensions between the U.S. and China, the world’s two largest economies.

On the Brexit front, the U.K. and European Union are preparing for a special summit to sign a deal in November, and the meeting could be announced within days, said a Bloomberg report citing unnamed sources. The country is due to exit the EU in March, and worries that it will crash out of the trade bloc have whacked sterling in recent weeks.

But adding to the uncertainty on Wednesday were reports that some Brexiteers may force U.K. Prime Minister Theresa May to stand down because they oppose her Brexit plan.

“Markets in Europe, which had a mixed session yesterday, have opened modestly higher, taking their cues from a rebound in U.S. markets last night,” said Michael Hewson, chief market analyst at CMC Markets UK, in a note.